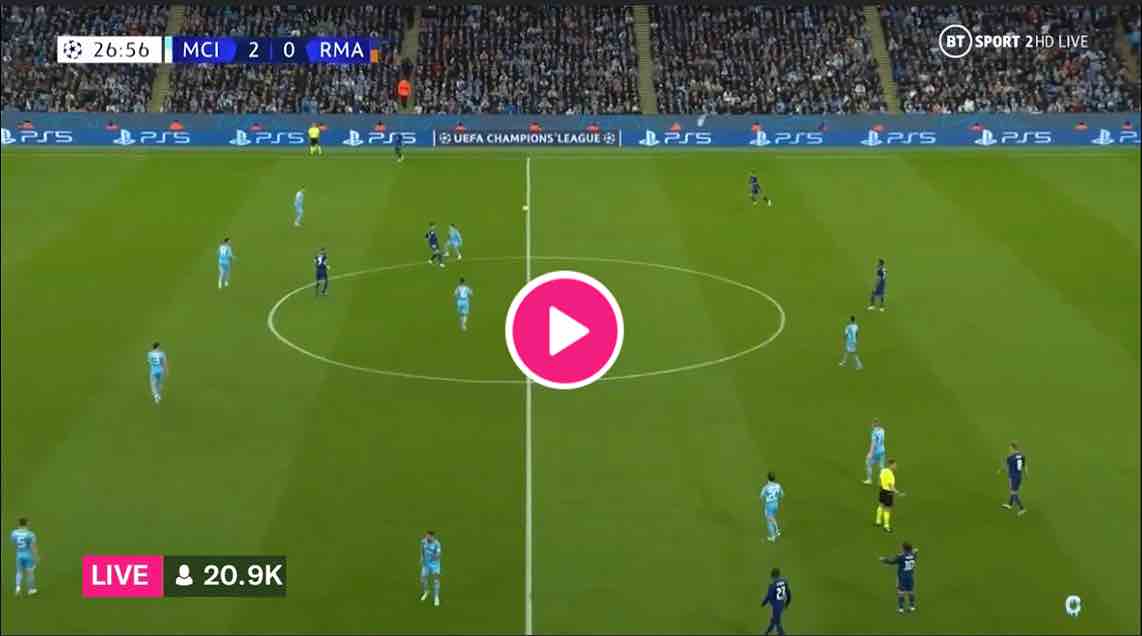 Expect a tight clash when Manchester City and Real Madrid go head-to-head in the first leg of Champions League 2021/22 semifinal at the Etihad on Tuesday.

City are currently in the middle of one of the tightest title-races in the history of the PL. With just five games remaining, they are neck-to-neck with arch-rivals Liverpool, and now this has turned into a matter of pride for both teams.

And interestingly, both these squads have entered the Champions League semis as well. However, it needs to be said that the Citizens have drawn the short straw here.

They are pitted against the unrivalled Los Blancos, who need just one more point from the remainder of the season to ensure the league title.

Moreover, they are also in superb form, and their striker Karim Benzema is currently the leading candidate to lift this year’s Ballon d’Or.

Suffice it to say that expect a fierce encounter this Tuesday between the two squads. Furthermore, this is a grudge match for the Spaniards, as they were eliminated in the Quarters by this same team, in the CL edition two years before.

Anticipate goals to come from either end of the pitch. But still, the guys coached by Pep do have the edge. They are at home, and they have been in scintillating form for the past few years.

Pep’s men recorded a 1-0 aggregate win over Atletico Madrid, in the Quarter Final of the Champions League. They have lost just once at this venue since October, and in the process they had gone on a ten-game winning streak.

On the other hand, Real knocked out reigning champions Chelsea in the Quarters. They are also flying high in the La Liga, and most importantly, Benzema has been on fire this season.

They had won 10 of their past 12 overall fixtures, and are on a six-game winning streak on the road.

By the looks of things, expect goals to come in plenty this Tuesday.

However, the Citizens have been the better team in h2h clashes lately, and they are also at home. Likely, anticipate a narrow win for them.