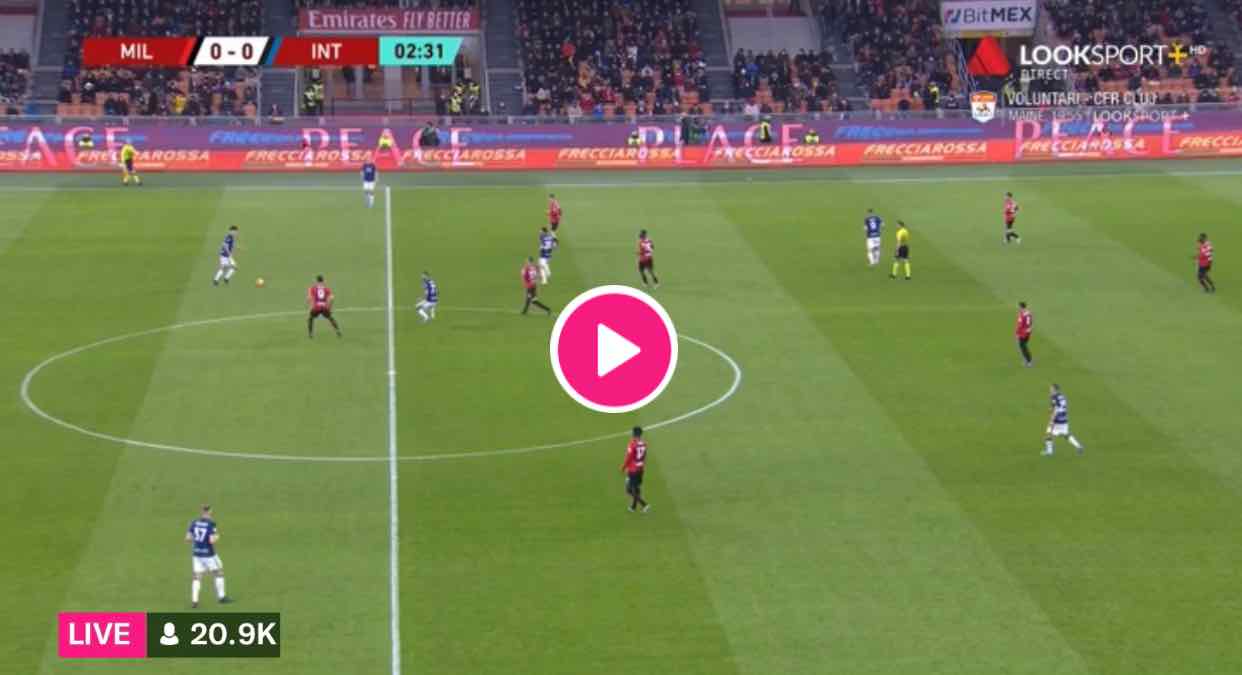 Stakes will be high on Tuesday evening at Stadio Giuseppe Meazza as AC Milan and Inter Milan will battle it out in the first leg of the Coppa Italia semifinal in the Derby della Madonnina.

These two outfits have represented a dominant force in Italy this season. On top of the Coppa Italia semifinal, they have secured the top two positions in the Serie A standings after 26 rounds of the competition.

Both teams had unexpected slip-ups ten days ago. Inter Milan shockingly lost the home match against Sassuolo (0-2), while AC Milan failed to see off the rock-bottomed Salernitana in a 2-2 draw on the road.

On a positive note for AC Milan, they had earlier won three games on the spin in all competitions.

The streak includes a huge 1-2 win over Inter Milan in the derby that changed the course of the season for both outfits three weeks ago. AC Milan have also lost only one of the last eleven outings in all competitions.

The story is different with Inter Milan who did have a somewhat tougher schedule than their arch rivals in the last month.

I Nerazzurri thus lost three of the last six affairs across competitions. The aforementioned home defeat to Sassuolo in the outfit’s previous home fixture came as a huge shock.

Inter Milan have scored only one goal during the three-game stretch against Napoli, Liverpool, and Sassuolo.

They are up against a stern defense of AC Milan’s and we don’t quite expect them to thrive in the final third on Tuesday.

We expect both teams to enter the clash with a more careful approach knowing there is reverse fixture still to be played (in April).

This is why we can find the value in backing the Under 2.5 goals FT at the 2.00 odds. Speaking of the value, the draw looks attractive at the odds of 3.40.