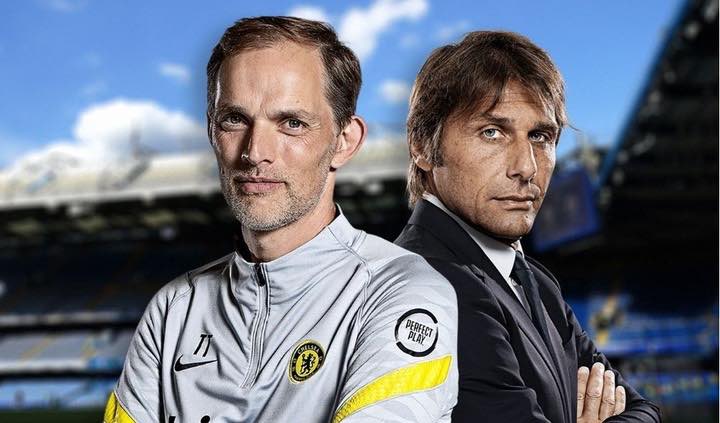 In the Premier League this weekend at Stamford Bridge, Paul Merson predicts a 1-1 draw between Thomas Tuchel’s Chelsea and Antonio Conte’s Tottenham Hotspur.

Chelsea and Tottenham have been cautioned not to lose the Sunday London derby by a former Arsenal player.

The Sky Sports analyst is worried about the Blues and believes that neither Tottenham nor Chelsea can afford to lose this game.

“This match is huge, and not just because of the animosity between the two teams,” Merson wrote in SportKeeda. Last season, Chelsea defeated Tottenham four times. They defeated Spurs twice in the Premier League, which resulted in a significant 12-point swing in their favor.

“This weekend, I’m concerned for Chelsea. If I’m being completely honest, they resembled United a little bit against Everton. They struggled to string together four passes against an Everton team that wasn’t particularly good to begin with, and their game was pretty stop-start. You would be concerned about Chelsea and their chances of finishing in the top four if Spurs visited Stamford Bridge and won.

Tottenham will seek to stake a claim in this match. Even though it’s only the second game of the year, a victory over Chelsea would draw attention.

“However, you’ll hear comments about how they still haven’t caught up with the Premier League’s big boys if they lose after purchasing all those players.

“Losing this game would be a huge step backwards for either team. This Saturday, neither Chelsea nor Tottenham Hotspur can afford to lose, thus I predict a draw in this match.

Despite the fact that the London derby will be played at Stamford Bridge, Tottenham Hotspur will think it has a good chance of defeating Chelsea.

Chelsea is a formidable club, but they are currently assembling their starting group for the current campaign.

Antonio Conte has a well-established team at Tottenham and has made some solid acquisitions this summer.

Conte will also be motivated to defeat his old team and deliver a clear message to the Premier League.

No one should be expecting Tottenham to win the Premier League title this year, but these are the kinds of matches Spurs need to win if they want to catch Liverpool and Manchester City.