Chelsea’s 2022/23 Premier League season kicks off against Everton in nine days, and Thomas Tuchel’s squad will be hard at work on the training pitch in preparation for the trip to Goodison Park.

The Blues were beaten by Arsenal at the end of their US tour, and Tuchel was unsure whether his team would be ready for August 6.

He said: “I can not guarantee. I saw today a team in Arsenal who are mentally committed to an idea of playing, a level of exhaustion, a level of physical commitment that we could not match.

“Also, a level of mental commitment that we lacked because we have a lot of players who are thinking about leaving and looking at their options. We have players that have left and I think at the moment that’s obvious.”

Chelsea has a lot to work out before the start of the new season and the end of the transfer window. The futures of players like Hakim Ziyech, Armando Broja, and others must be decided, and Tuchel clearly wants more incoming players in the coming weeks.

Others will try to persuade the German coach of their case. Without new additions, young players like Ethan Ampadu and Levi Colwill can only gain confidence in their first-team spots.

Chelsea have one more friendly against Udinese in Italy on Friday, and the following day they will play behind closed doors at Cobham against newly promoted National League side Dorking Wanderers. Following that, Everton-specific preparations will begin.

Edouard Mendy will undoubtedly start in goal for Chelsea on the first day, but who comes in ahead of him is unknown. According to football.london, the club is planning to contact Wesley Fofana’s entourage about a move this week.

He is one of several players attracting interest from the Blues, but even if a deal is struck, the player is unlikely to be ready and integrated into Chelsea’s system in time for Goodison Park.

Fortunately, the Blues still have some strong options, and Thiago Silva’s vast experience in the heart of the defence makes him a fantastic prospect. Trevoh Chalobah and Kalidou Koulibaly, who should be ready for his Premier League debut after a brief cameo against the Gunners in Florida, should flank him.

Few would trade Chelsea’s wing-back options for anything else in the world, and Reece James and Ben Chilwell will start if they are fit.

Tuchel may still need depth to save James’ minutes, but he has Marcos Alonso and Emerson Palmieri to call on for Chilwell. It remains to be seen whether both will be at the club in August.

There is a lot of competition ahead of them. Jorginho and Conor Gallagher have had some of Chelsea’s best pre-season campaigns so far, while Mateo Kovacic’s run has been cut short by injury, and N’Golo Kante was unable to travel on the US tour due to his vaccination status.

On an ideal day, Tuchel’s preferred options may be the latter two, and in fact, sparing Kante from the US schedule may be beneficial given his injury record last season. Jorginho and Kovacic, on the other hand, may be the most experienced opening pair to face Everton.

Following the departure of Romelu Lukaku, Kai Havertz remains the front-runner to lead the attack.

The German international has yet to score in Chelsea’s friendlies, but he has the experience to connect the team’s lines. Michy Batshuayi is still with the first team, while Broja returned to first team training on Tuesday after being sent back to Cobham due to an injury.

Mason Mount was Chelsea’s player of the season for the second consecutive season last season, and he has proven to be an impactful and versatile option. Despite a crowded roster, the 23-year-old will be one of the Blues’ first names on the team sheet.

Christian Pulisic, Timo Werner, Hakim Ziyech, and Callum Hudson-Odoi are all contenders, but newcomer Raheem Sterling will be difficult to replace.

Tuchel’s priority signing this summer was the former Manchester City star, and Sterling is hoping to reach even higher levels during his time at Stamford Bridge. He should be ready for the off after a few weeks in the Chelsea camp. 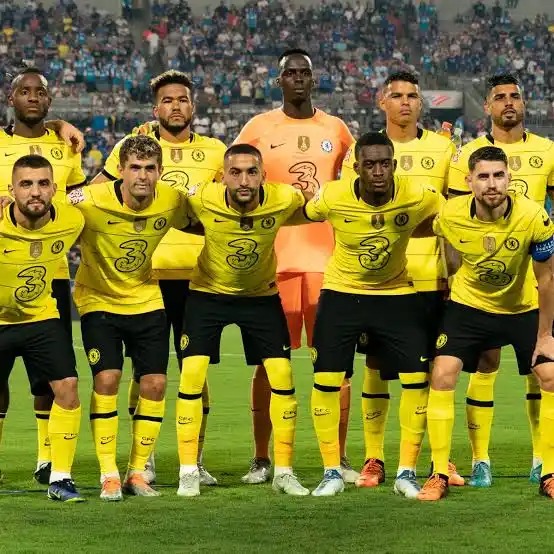