Now that the 2022/2023 football season is almost here, Chelsea football club will most definitely remain keen on improving their current squad by signing more players.

Despite finishing in 3rd position on the Premier League table in the just concluded 2021/2022 season, Chelsea football club are aiming higher ahead of the new football season.

The Stamford Bridge side have already completed the signings of Raheem Sterling and Kalidou Koulibaly from Manchester City and Napoli respectively but are not yet done with transfer businesses this summer. And if reports are anything to go by, Chelsea are in need of improvements in defence and are now ready to secure the signing of highly-rated Sevilla central defender Jules Kounde.

The 23-year-old France International, who has been with Sevilla football club after quiting Bordeaux back in 2019 has proven to be a marquee signing for the LaLiga side.

The young centre-back was hugely impressive for Sevilla during the just concluded 2021/2022 season where he scored three goals and registered one assist in 44 appearances in all competitions.

His excellent performances in defence has moved Chelsea football club and according to reports from The Sun, the Blues are keen on signing him before the transfer window closes. 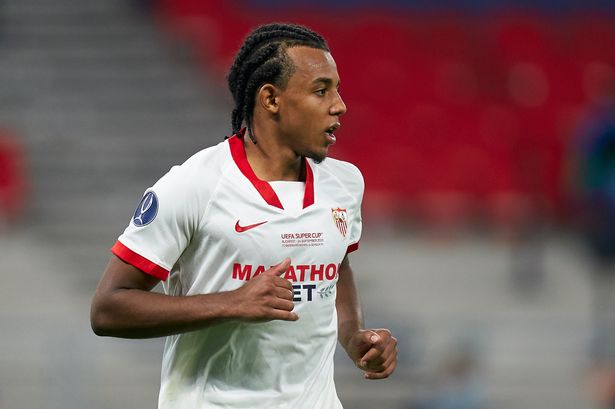 The reports further claimed that Chelsea football club are really interested in Jules Kounde and have now agreed personal terms with the defender ahead of a £47million deal to sign him.

It is believed that Chelsea manager wants to add more quality to his defensive options and he is willing to finalise a deal to bring Jules Kounde to the Stamford Bridge before the window closes.

But then, it remains to be seen if the proposed £47million transfer offer will be enough to convince Sevilla football club into offloading Jules Kounde to Chelsea this summer.