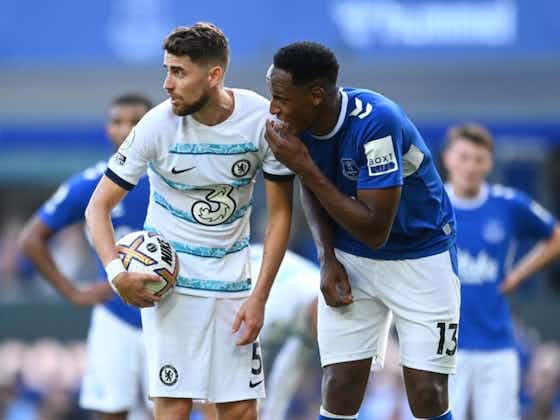 A lone penalty from Jorginho fired Chelsea to all three points against Everton on the opening weekend.

This is what i made of it.

If you could have written a script for any Premier League game from Saturday’s round of fixtures, this would likely have followed closest to the expected outcome. 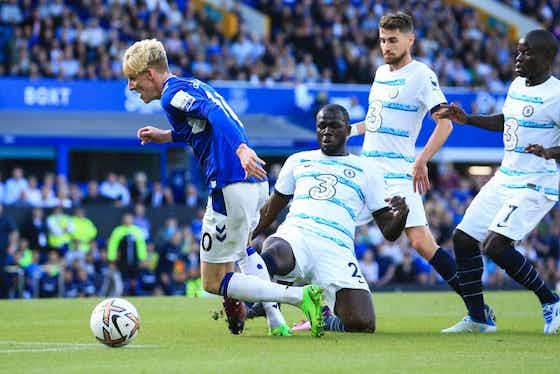 Aside from a few brief moments of indecision inside the area at the vital moment and good goalkeeping, the Toffees understandably failed to offer much of a threat and that will happen when your star striker is sold and not adequately replaced, particularly given Calvert-Lewin’s recent fitness record.

When Chelsea got their noses in front, they were always going to be big favourites to see it out and did so, even if Edouard Mendy was called upon to make one particularly impressive second half save. He and the new-look defence in front of him, coped well.

Armando Broja and his physicality also impressed more than Kai Havertz in his fleeting cameo off the bench and his performance will give Thomas Tuchel something to think about in the weeks of the window that remain.

The squad depth will be a concern after Thiago Silva and Kalidou Koulibaly picked up knocks but for now, it can only be about savouring an overdue win at a venue which Chelsea hadn’t won at since 2017.

Among the many highlights of the opening league game of a new season is the first look at the new signings brought in over the summer. 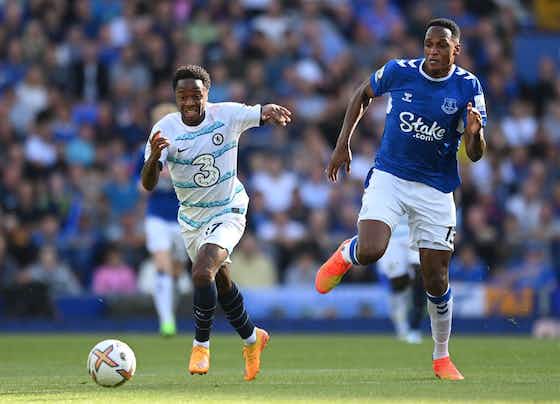 And of course, it is time for initial impressions and snap judgements to be made after 90 minutes (or less) of action.

Both teams started with two apiece with another player entering for each side from the bench for their league debuts.

For Everton, James Tarkowski enjoyed a solid outing in defence and almost managed a goal at the other end, only to be denied by Edouard Mendy.

Dwight McNeil was a little quieter for the Toffees and struggled to make much of an impact, while Ruben Vinagre did well when he came in, which forced Vitaliy Mykolenko to the inside of a back three, something Lampard may have to consider with injuries to Ben Godfrey and Yerry Mina.

Raheem Sterling was a constant nuisance for the visitors and Everton’s hesitation in dealing with him at close quarters was noticeable, while Kalidou Koulibaly also performed well until injury saw him replaced by Marc Cucurella who still managed to pick up a late yellow card in his short time on the field but who looked very tidy nonetheless. 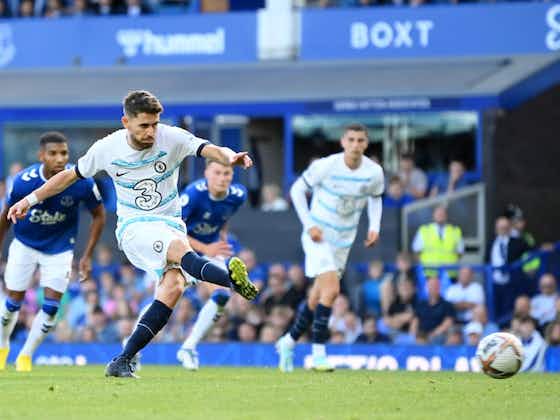 The arguments against him are getting weaker.

Jorginho may have missed some high-profile penalties in recent years but for consistent reliability from 12 yards, few in the Premier League is better.

And he is now reaching some incredible ground in the record books.

His ice-cool kick which sent Jordan Pickford the wrong way and which was without his trademark hop in the run-up, saw him take his league tally to 20 goals.

A staggering 18 of those have came via the spot. He may not get many via other methods but when you are that consistent from penalties, who needs to.