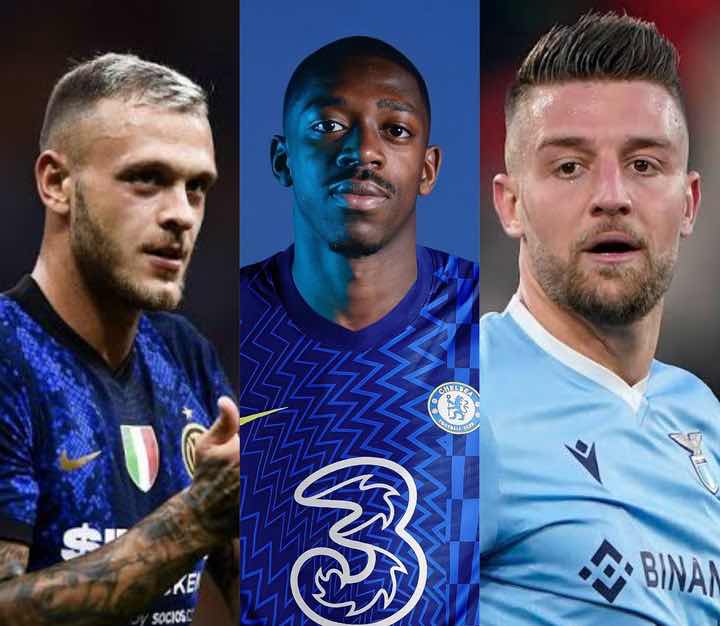 According to the Mirror, Barcelona star Ousmane Dembele is closing in on a move to Premier League giants Chelsea football club. The 25 year old will be a free agent at the end of this month and Chelsea are reportedly making moves to bring him in as Todd Boehly’s first high profile signing.

According to Givemesports, Lazio midfielder Sergej Milinkovic-Savic is ready to seal a move to Old Trafford once the transfer window officially opens in a few days time. The midfielder is entering the final 2 years of his contract so Lazio are not in a hurry to sell him. New Manchester United boss Erik Ten Hag is said to be an admirer of the midfielder.

According to Sportbible, Arsenal manager Mikel Arteta is keen to sign Inter Milan defender Federico Dimarco. The Gunners are looking at the Italian star as a back up for injury prone Kieran Tierney. Signing the defender could cost Arsenal north of £20m.

According to Italian journalist, Fabrizio Romano, RB Leipzig star Christopher Nkunku has refused to rule out a move to another club this summer.