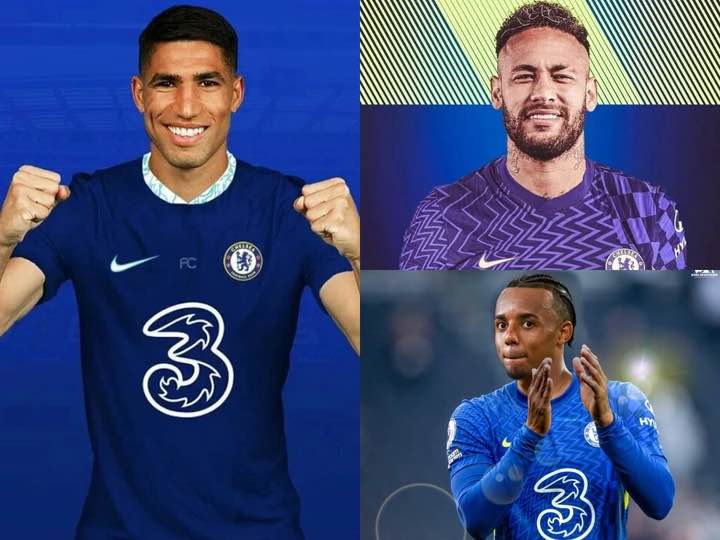 Chelsea football club is back on their feet following the successful takeover of the club by Todd Boehly and his consortium, recall that the club was under UK government sanction for the past few months due to the former owner Roman Abramovich emanating from Russia.

Chelsea and Thomas Tuchel backed by Todd Boehly will now look to rebuild a Chelsea squad that have lost key squad members already this season.

The club will need to replace the departed defender Antonio Rudiger and soon to go Andreas Christensen while also addressing the issue of lack of goals in the attack, something that big money signing from last transfer window Romelu Lukaku failed to offer.

Below we have identified three key signings that when added to the players returning from loan spell like Conor Gallagher, Emerson Palmieri, Armando Broja and Levi Colwil will help Chelsea challenge in all competitions next year. In defence Jules Kounde and Achraf Hakimi are the two under Chelsea consideration and you can see clearly why, Jules Kounde will slot straight into Antonio Rudiger position while the signing of Achraf Hakimi will allow Reece James to play more centrally next season alongside Thiago Silva. Imagine a back five of Reece James, Thiago Silva, Jules Kounde, Ben Chilwell and Achraf Hakimi, they will provide skills, experience, energy and even plenty of attacking threats to the team.

Chelsea are equally poised for one marquee signing upfront and no other name is bigger than NeymarJunior he will bring winning mentality, flair and goals to Chelsea squad next season and you can expect them to challenge on all front.