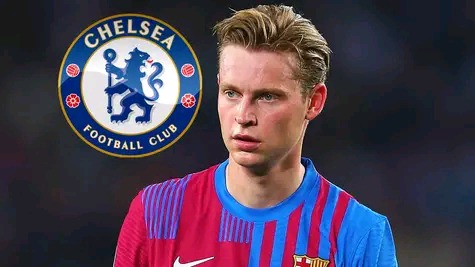 Although he did not receive the response he was hoping for, Todd Boehly personally met with Frenkie de Jong, a midfielder for Barcelona, about a prospective transfer to Stamford Bridge.

The 25-year-old has been sought after by Manchester United for a number of months, and Chelsea has now entered the fray. He is at the center of the summer’s biggest transfer saga.

Barca is eager to cash in and get the high-earning Dutchman off its books, and it won’t be able to sign some of its new recruits until it has secured a sizable price for De Jong.

One of the major drawbacks against United was their failure to qualify for the Champions League. Therefore, it was believed that Chelsea would have a greater chance of persuading De Jong to switch from La Liga to the Premier League.

Although De Jong and his family are rumored to prefer moving to London over Manchester, the Blues will compete in Europe’s top-flight league this season.

De Jong, though, reportedly turned down a move to England once more after speaking with Chelsea manager Boehly recently, according to Spanish media source Relevo.

Following the departure of Marina Granovskaia and other players when Roman Abramovich sold the club, the American billionaire has been serving as the club’s interim sporting director.

Boehly was hoping to bolster Chelsea’s midfield, which Thomas Tuchel has noted as being a little on the senile side, with the addition of De Jong. Boehly has already been busy this summer, signing Kalidou Koulibaly, Raheem Sterling, and Marc Cucurella.

Barca’s most marketable commodity, and the Catalan club allowed Chelsea to speak with the Dutch international after the Blues hinted they would match United’s offer. 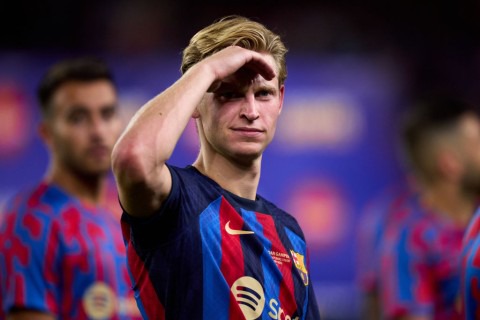 De Jong allegedly underlined his wish to stay at Camp Nou and complete his contract with Barcelona after listening to Boehly’s pitch during a protracted phone chat.

Despite the rejection, Chelsea will keep trying to persuade De Jong to join Stamford Bridge even though there is a perception that the transaction may be too delicate and challenging to close this summer.

Due to deferring his payment during the pandemic, the player is due almost £14 million in outstanding wages, and Barcelona expects the acquiring club to cover that particular expense.

The management at Barcelona has constantly asked De Jong to leave the team, and on Monday, reports claimed that the Spanish team had notified the player that they had ‘discovered proof of criminal conduct’ regarding the contract he signed in 2020, which was granted by a previous administration.