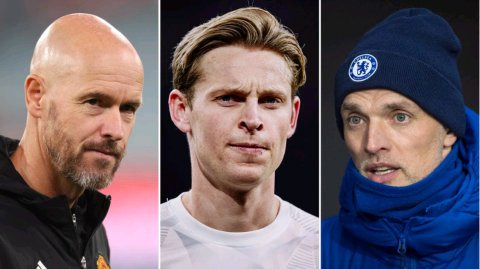 Frenkie de Jong, who has been a long-term target for Manchester United, has stated that he will only leave Barcelona to join Chelsea. However, according to reports, the blues are reluctant to match Manchester United’s offer for the midfielder

Despite the fact that his status with the club is now up in the air, Frenkie De Jong is currently participating in the preseason tour that the Blaugrana are conducting in the United States.

The Catalan club is having financial difficulties, and the sale of Frenkie de Jong for €80 million could be helpful in their current situation. However, the major issue is that Barcelona still owes him £17 million in deferred payments, so the sale won’t help them much.

According to recent reports, if De Jong is going to leave Barcelona, the only club in which he would be interested in playing is Chelsea, and he would prefer to avoid moving to Old Trafford if at all possible.

The Blues have expressed curiosity in acquiring Frenkie De Jong, but the West London clubs are hesitant to reach Barcelona’s asking price of €80 million for the player.

After suffering a 4-0 defeat at the hands of Arsenal, Chelsea manager Thomas Tuchel requested more new players from the club’s owners in order to improve his team’s ability to compete in the upcoming season.