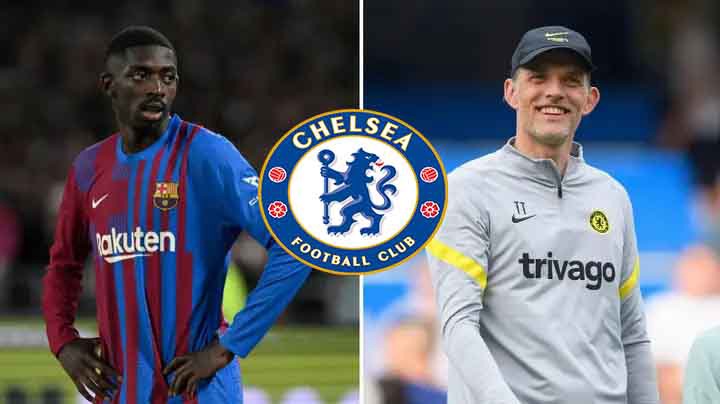 Barçelona’s financial crisis have forced them to let some of its big stars go. Lionel Messi, Coutinho, and Luis Suarez are among the big names that have been let go to help control the financial issues the club is facing. Barçelona however, were keen to keep Ousmane Dembele. However, the player is no more willing to stay at the club. After so many speculations linking him to a move to PSG, Ousmane Dembele has reportedly signed a deal with Chelsea.

Chelsea on their part are in a crisis of their own after the sanctioning of the club by the UK government. However, the problem has been resolved, with a new owner taking over the club, and Chelsea able to buy and sell players this season. Ousmane Dembele on his part looks to be a very realistic option for the Premier League side. lots of Chelsea fans on their part have taken to social media to show their excitement about the news. Below are some of the reactions to the news on Twitter;

Ousmane Dembele is a player with fantastic talents and will flourish at Chelsea. However, the 25-years-old had faced huge problems in the past at Barçelona in terms of his fitness. Since he arrived at Barçelona, he hasn’t been able to play a key role at the club in a particular season. He has spent 5 years at the club but hasn’t been consistently putting up a good performance. However, this season was an exception, as the Barçelona star managed to provide the most assist in Laliga in the just-concluded season.