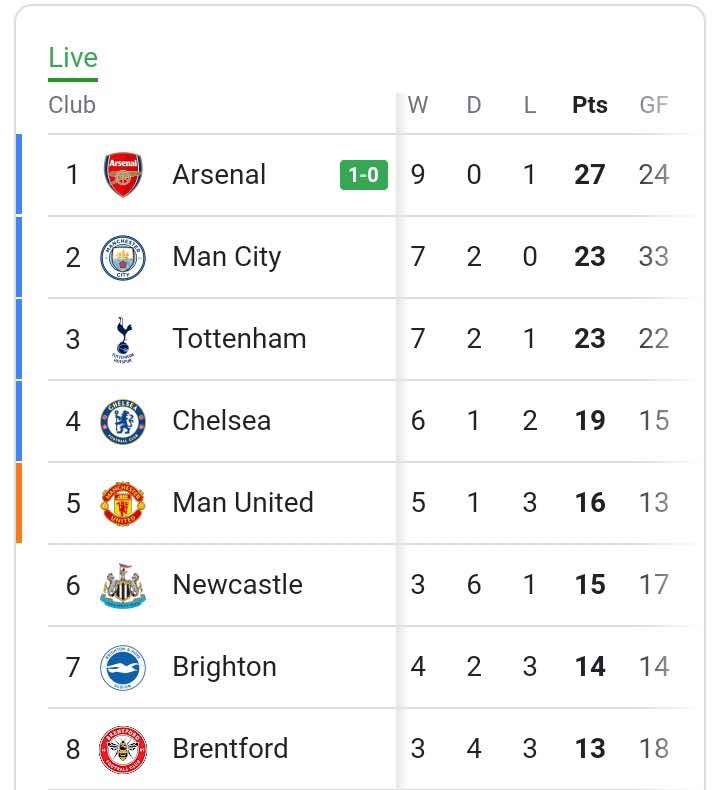 The English Premier League week ten games resumed on Sunday after several interesting games were played on Saturday. Tottenham Hotspur was able to grab a comfortable 2-0 win to move up to the third position with one game more than Chelsea who sits fourth. 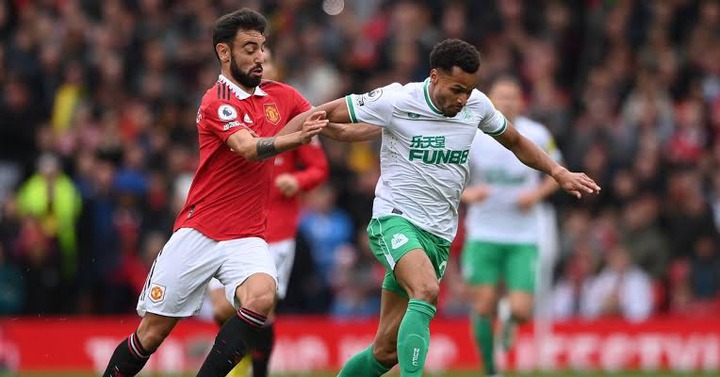 On Sunday, Manchester United hosted Newcastle United at Old Trafford with the hope of maintaining their winning streak after narrowly beating Cyprus club Omonia Nicosia in the Europa League. Poor selection from Ten Hag in the first half of the game contributed to a goalless draw after the game. 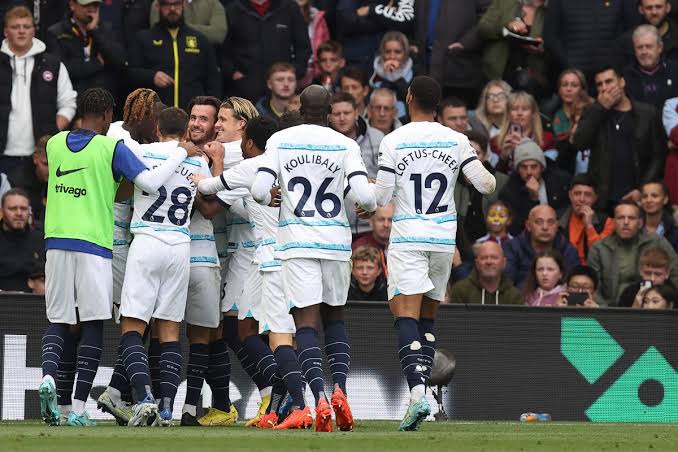 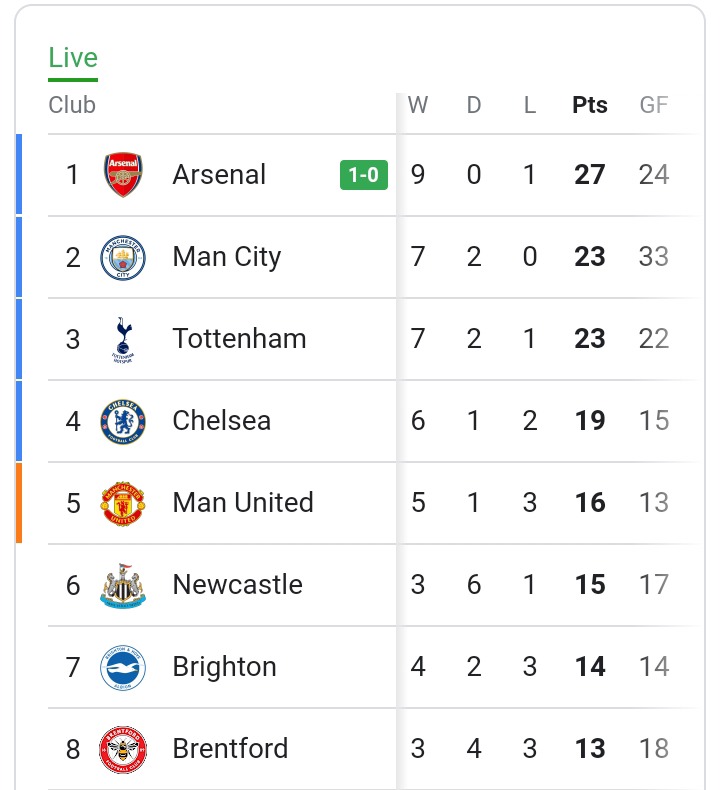 Despite introducing Marcus Rashford in the second half of the game, Manchester United failed to get a single goal to secure the needed three points. Chelsea on the other hand was able to comfortably thrash Steven Gerrard’s Aston Villa to further boost top-four chances. 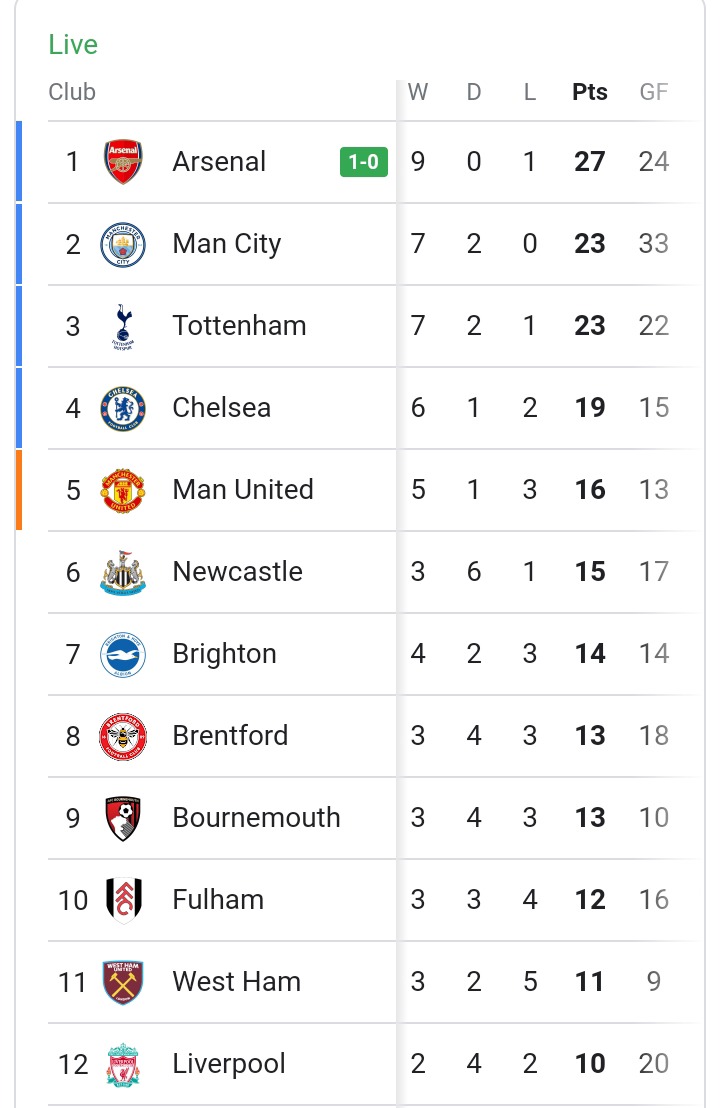 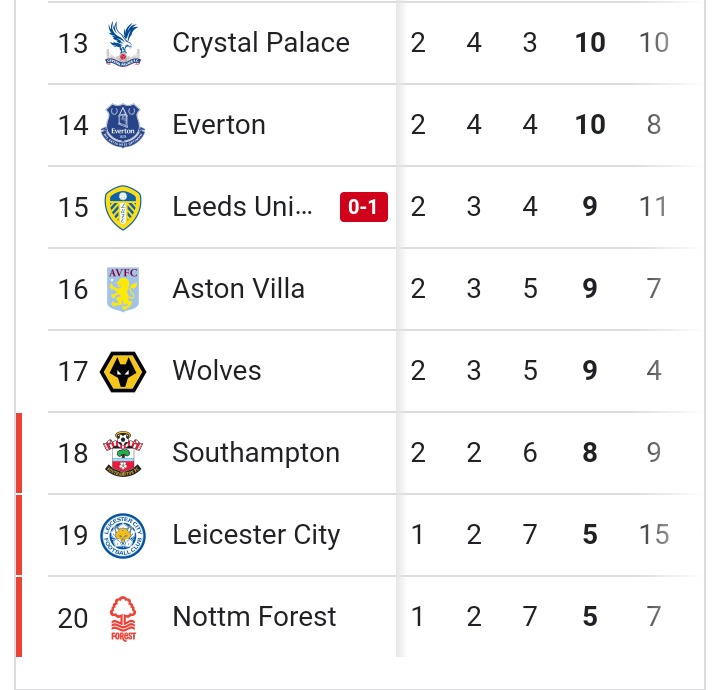 Southampton also hosted West Ham United but ended their struggle with a 1-1 draw. Mikel Arteta’s Arsenal moved above Manchester City with four points as they are currently beating Leeds United at Elland Road.