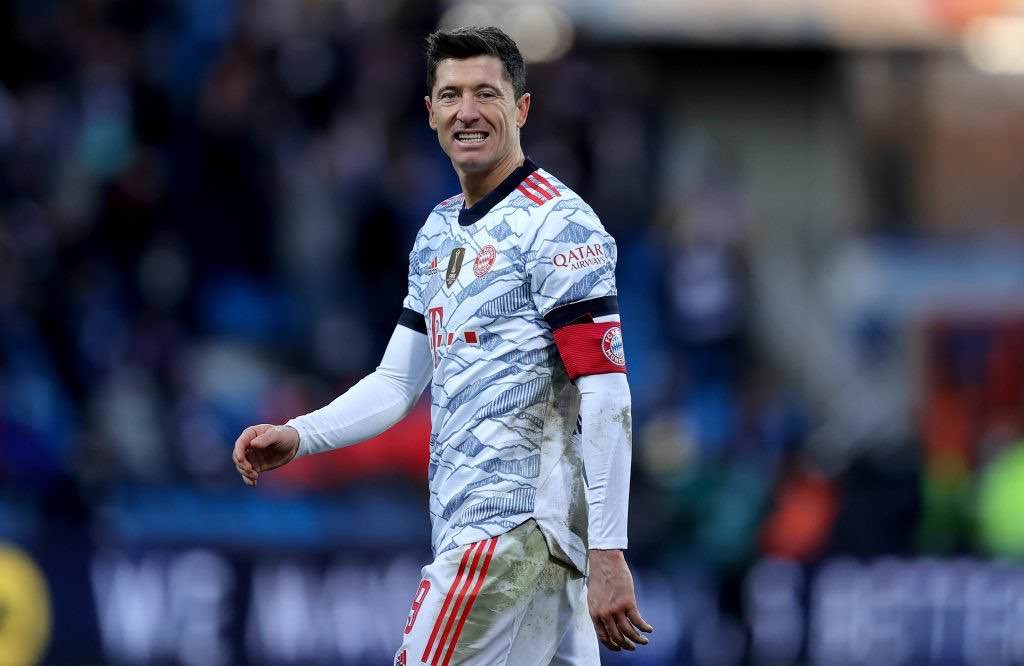 Speaking to Sky Germany as quoted by football.london, Bayern Munich wantaway striker Robert Lewandowski has offered his thoughts on his future transfer plans amidst interest from Chelsea.

The former Dortmund man joined Bayern Munchen in 2014 and has since then gone on to become a legend at the Allianz Arena. The Polish superstar has been one of the best strikers and probably the best goalscorer in the world for quite some time now.

This season has been no different with the Bayern forward who has been sensational for Julian Nagelsmann’s side. The 33-year-old striker has played 46 times

this season scoring 50 goals and providing seven assists across all competitions.

Barcelona are considered to be well ahead in the race for the Polish striker and when quizzed about his future, Lewandowski refused to give much away. How this ties into our interest remains to be seen.

“The time will come to give information. Soon it will be possible to say more.”

Any team would love to sign Lewandowski to their squad and he will undoubtedly be a prolific goalscorer for them but Chelsea might find it difficult to sign him. While our interest has been chronicled, there appears to be little optimism regarding it.

Thomas Tuchel is said to be a huge fan of the Bundesliga ace and wants to get him into the team but the player’s wish is to join the La Liga giants. Barcelona are said to be well advanced in negotiations for the Polish legend and need to agree a fee with Bayern.

Chelsea’s striking woes in front of goals are well documented this season with both Timo Werner and Romelu Lukaku struggling to put their chances away. The Blues have thus been forced to depend on other areas of the pitch to get the goals.

Hence, it makes sense for the Blues to reinvest in a striker and get in someone who can score goals on a prolific basis. Lewandowski doesn’t seem to be the man who is going to come to Stamford Bridge but Chelsea will have to look at other options.