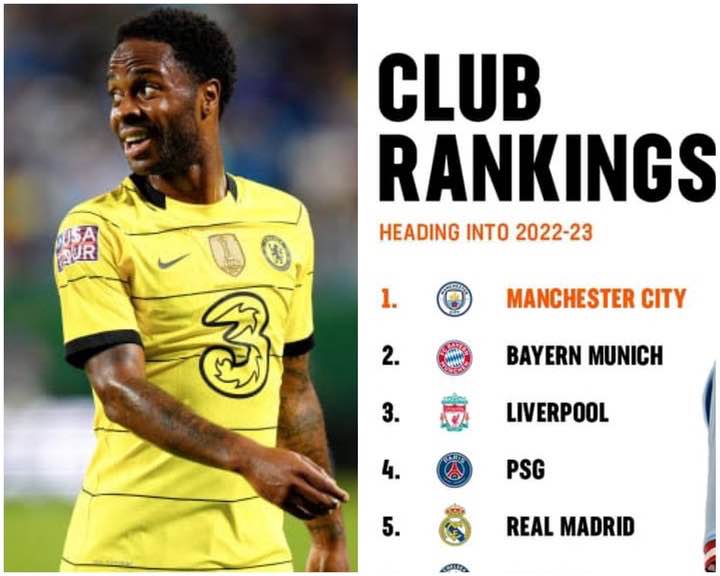 Based on current club rankings, Premier League side Manchester City is ranked the best team in the Europe as we head into the 2022/23 season. The Cityzens are expected to defend their league title this season and possibly go for the Champions League title after the introduction of Norwegian International, Erling Haaland in their team. 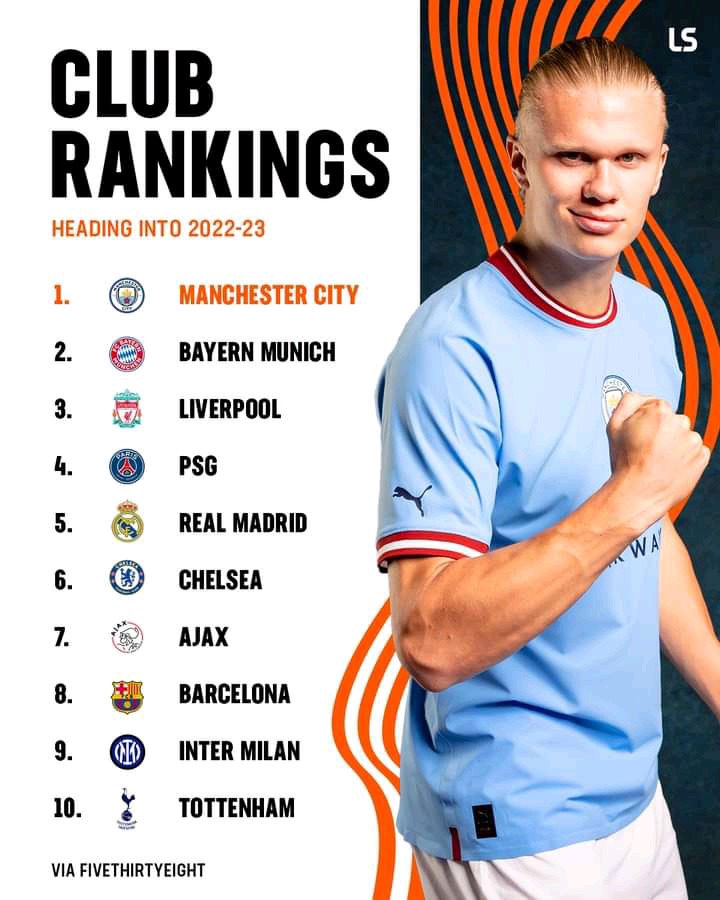 Spanish side, Barcelona occupies the 8th spot on this list and the Catalans are expected to make a huge impression in Europe this season based on the number of signings they have made in the summer transfer window.

At the 10th spot on this is Tottenham Hotspur who are eventually ranked ahead of other Premier League teams like Arsenal and Manchester United.