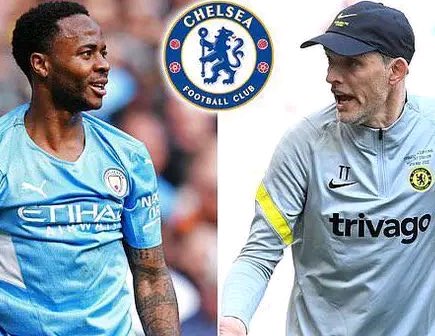 Chelsea are genuinely intrested in Matthijs de Ligt after Juventus failed to reach full agreement with the Netherlands star to extend his contract with his current deal expiring in June 2024. De Ligt is appreciated by Thomas Tuchel and part of top list of defenders targeted by Chelsea including Kounde & Nathan Ake. Chelsea are reportedly working on on offering €45 Million plus Timo Werner for Ligt according to Dimarzio.

Chelsea have given greenlight for Hakim Ziyech to leave Stamford Bridge this summer with Italian Champions AC Milan intrested in signing him. AC Milan have already opened talks with Ziyech camp and the Morrocoan forward is open to join San Siro.

Thomas Tuchel is keen on signing Barcelona forward Ousmane Dembele on a free move as a priority but the situation is complicated as Xavi wants to keep the French forward at Camp Nou.

Chelsea Boss Thomas Tuchel has reportedly held positive talks with Manchester City forward Raheem Sterling regarding a potential move to Stamford Bridge as a priority. Sterling is Chelsea and Tuchel number 1 attacking target this summer after loaning out Lukaku to Inter Milan abd could cost around €55 Million. Sterling could fly to London in the coming days to undergo medical tests at Cobham ahead of a 5 year transfer to Chelsea if the Blues reach full agreement with Man City on the transfer fee.