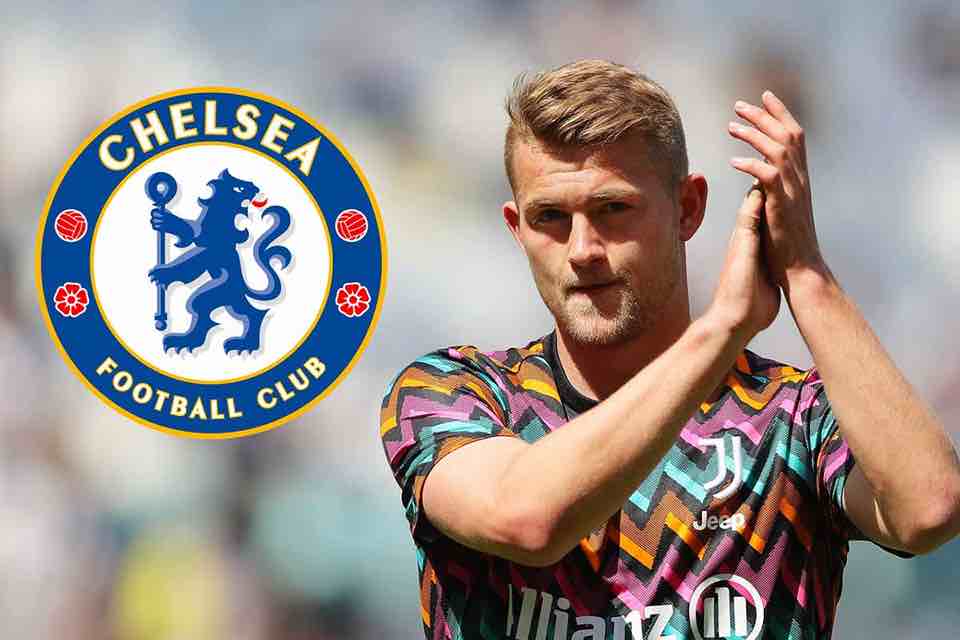 The Blues want to strengthen their defensive line after losing Antonio Rudiger, who left in a free transfer to join Real Madrid.

They are considering the Dutch centre-back as candidate to step into the back line ahead of next season and have already made contact with the Serie A side.

There has already been contact between Chelsea and Juventus about the former Ajax centre-back.

The Blues have not made a bid as of yet, but they have asked for information about De Ligt’s availability.

Juventus’ position is clear, however, as they still want to commit the Netherlands international to a new contract.

De Ligt’s current deal runs out in 2024, but the Turin giants are waiting on De Ligt to confirm that he wants to extend his stay in Italy.

If he decides against signing a new contract, a path to leaving the Bianconeri may open up for the star who has a €120 million ($127m/£103m) release clause.

Will De Ligt stay at Juventus?

De Ligt revealed earlier this month that he was in talks with the Serie A side over a new deal.

However, he called for the Italian side to show they can improve on last season’s fourth-place finish before he is willing to commit to a new deal.

“Negotiations are ongoing at the moment and when the time comes I will decide whether to extend or look elsewhere. I always look at what is best for me in terms of the sporting project,” he said.

“Two consecutive fourth-place finishes are not enough, we have to make progress in that direction because these are disappointing results.”

The Oranje star joined Juve from Ajax in 2019 and has made 117 appearances in all competitions, scoring eight times.

Manchester City have already signed Erling Haalandfrom Borussia Dortmund and are now set to finalise a deal for midfielder Kalvin Phillips. They also have their eye on Brighton left-back Marc Cucurella.

Arsenal have added midfielder Fabio Vieira and are interested in Gabriel Jesus. Manchester United are eager to swoop in for Barcelona’s Frenkie de Jong.

But Chelsea have been relatively quiet so far this summer amid a change in ownership, with the departure of Antonio Rudiger to Real Madrid and loan of Romelu Lukaku to Inter the biggest news out of Stamford Bridge so far.

It appears the Blues are now ready to put their transfer plans in motion and spend in order to keep up with their rivals; in addition to De Ligt, they have expressed interest in Raheem Sterling.