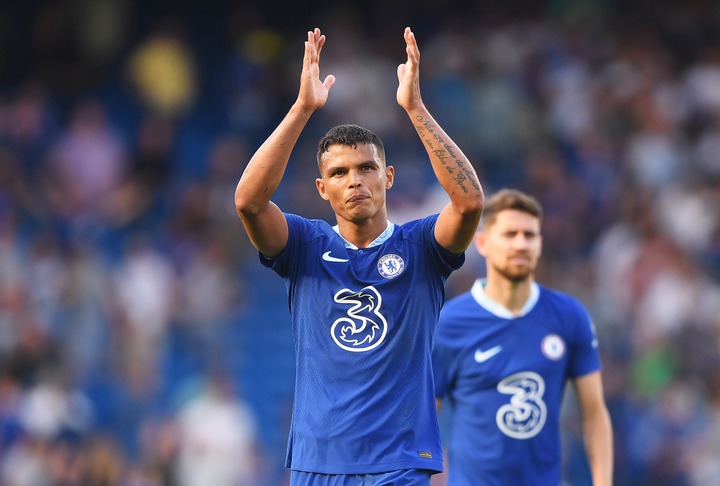 If Chelsea fans aren’t convinced by some of Todd Boehly’s ideas for English football or the Premier League then that might change if the American was to develop a cloning device. An anti-ageing one would also work in the curious case of Thiago Silva, but years don’t seem to affect him like they do mortal humans.

Silva, who celebrates his 38th birthday today – September 22nd – is already entering a world of unprecedented achievement. He was a Champions League winner aged 36 and, having joined Chelsea at 35, has already played 89 times for the Blues.

His rolling contract, which will soon become a topic of discussion again as decisions are made as to if he feels ready to enter a fourth season in London. Given his success and level of performance so far this season – perhaps forgetting the mistake against RB Salzburg in Graham Potter’s first match – the choice may well be down to Silva himself.

For the standards that Silva has set at Chelsea, not only being one of the most consistent players throughout his three years at Stamford Bridge but also not lowering his performances for either Frank Lampard or Thomas Tuchel, it makes sense that an offer will remain in place almost until he turns it down. The Brazilian, despite a language barrier, has taken to life at Chelsea brilliantly and somehow, despite being one of the best defenders of his generation 10 years ago, looks to have gotten better with age.

At 38 there are no other players older than him currently playing in the league and he has played all of the minutes available to him so far this season for Chelsea. He is already the oldest outfield player ever to play for the club and is third on the all-time list.

In a list of the oldest players ever to play in the league, he doesn’t yet rank inside the top 50 but, if he was to play for the rest of the season he would go on to be in the top 15 oldest outfield players to play Premier League football.

Although it is a massive if, especially given the early season form and expected rebuild at Chelsea, if Potter was to remarkably go on to win the league with Chelsea this season then Ryan Giggs would be the only player older to ever win it.

The former Manchester United winger played his last match in May 2014, aged 40 years and five months old. Giggs’ teammate Paul Scholes also won the league aged 38 but should Silva do it this season then he would almost certainly be older than Scholes was in months if a shock turnaround was to happen.

Usually at this point in a player’s career, and often much earlier, attention is turned to gaining coaching badges in order to pursue a managerial term. In Silva’s case, he has already started this, and national team manager Tite thinks he’s suited to it.

“He will be a good coach,” the coach said. “And he’s bad for football. Do you know why he’s bad for football? Because he makes things so easy and they’re hard as hell. He manages to make the clearest, most lucid, transparent decisions with impressive technical performance.”

Silva has been called up to play for his country in the upcoming international matches and is expected to play a role in the winter World Cup in Qatar, already has 109 caps but is still integral to his nation’s defence.

Although there is still a long season to go and questions will be asked as to how Potter chooses to manage Silva – especially after international games – the defender is already one of the best value-for-money signings Chelsea ever made and given he appears prone to showing weakness at his age, will surely only continue to make that point.

Like Loading...
Related Topics:"Bad for football' - Why Thiago Silva could turn to management with Chelsea after record break