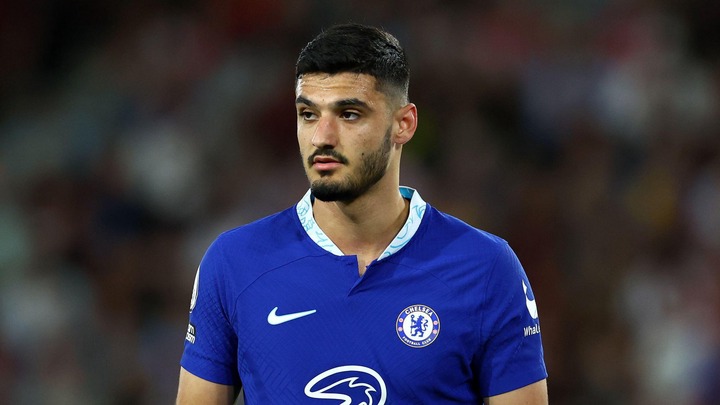 Chelsea striker Armando Broja insists he feels “absolutely no pressure” to get into the first team at Stamford Bridge as he is just happy to be playing professional football.

Broja returned to Chelsea this summer after a successful loan spell with Southampton despite being heavily linked with a permanent exit from the club.

With Timo Werner and Romelu Lukaku both leaving, the Albania international was the only recognised striker in the squad for a while this summer, before the deadline day arrival of Pierre-Emerick Aubameyang pushed him down the pecking order.

Broja is aware of how difficult it will be to break into the first team but insists he feels “no pressure” to do so as he’s doing what he loves.

“For me there is not much pressure because I am playing football,” he told Gazeta Tema (via Sport Witness).

“I have been playing football since I was 3 years old. I have no emotions. Play for fun, to win and to help the team. There is absolutely no pressure.

“I’m always in shape. I exercise every day. We know that it is more difficult to get into the Chelsea team than to play for Southampton.

“I do train every day here in Albania as well. Physically, I am fine.”

But his chance to impress for Chelsea may come sooner than expected with a report on Sunday claiming new manager Graham Potter has been impressed by what he’s seen.

The 21-year-old is said to be ‘catching Chelsea boss Graham Potter’s eye and he is close to earning a starting spot’.

Broja has ‘made a big impression in training’ and Chelsea boss Potter ‘may put him in the starting XI soon’ despite the presence of Aubameyang.

‘Insiders’ report that Potter ‘is raving about Broja’s potential and ability to fit into his system’ as he looks to ‘implement a pressing’ style of play.

Broja’s Albania take on Israel and Iceland in the Nations League but the striker’s return to Chelsea, who next face Crystal Palace in the Premier League on Saturday October 1.