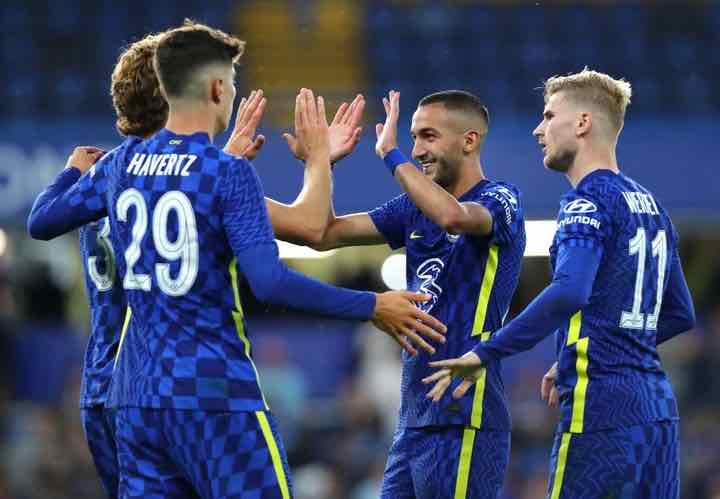 Chelsea possesses one of the finest offensive lines in the Premier League, and they are a threat on the counterattack. Since the appointment of Thomas Tuchel in January 2021, the squad has taken a fresh direction and has been successful in its endeavors.

The Blues have performed well in most of the competitions in which they have competed this season, and only Manchester City and Liverpool have scored more goals in the Premier League than they have.

During the German manager’s tenure, Chelsea has been scoring more than two goals in each match, which is a clear sign of how much the club has improved in terms of reaching the back of the net. They struggled to score goals in the beginning of the season, but they have gotten back on track and have scored more than five goals in a number of games.

The German strategist has found a way to play his high-rated frontline, which includes some of the most talented players in the league, in a style that is both effective and efficient. A few of the best attacking players in the Premier League are represented by Kai Havertz, Romelu Lukaku, Hakim Ziyech, Mason Mount, Christian Pulisic, and Timo Werner among others.

When Thomas Tuchel plays with two strikers up front, Mason Mount plays behind them. Havertz and Werner are among the most productive players in the league in 2022, and they have had great scoring performances.

The two are among Chelsea’s best goal scorers, with Kai Havertz leading the way with 13 goals in all competitions and Timo Werner following close behind with ten. If the two German internationals continue to play together, they have the potential to be a more dangerous attacking combo in the Premier League than Harry Kane and Son Heung-min.

Like Loading...
Related Topics:Two Chelsea Players Who Are Forming A Better Attacking Partnership Than Kane And Son