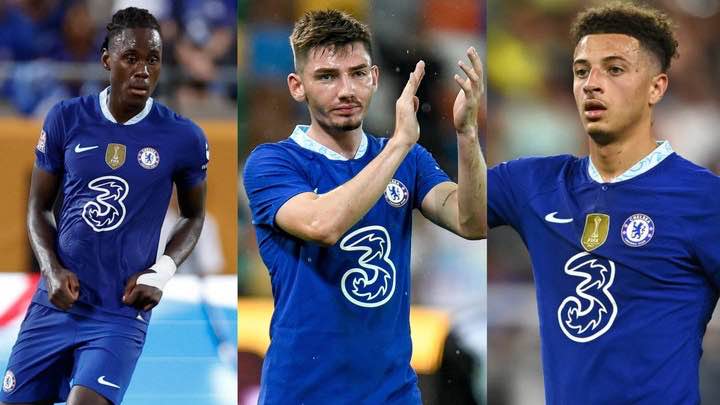 Trevoh Chalobah, Billy Gilmour and Ethan Ampadu could all be set for Chelsea departures this summer, according to reports.

The Blues are set to add to their squad this summer with Wesley Fofana, Pierre-Emerick Aubameyang, Frenkie de Jong and Anthony Gordon all linked with a move to Chelsea this summer.

However, with Chelsea looking to add, this could see several first team departures this summer.

It has been reported that midfielder Gilmour could be on his way out of Chelsea, having not been handed a squad number for this season and missing out on the first two Premier League matchday squads under Thomas Tuchel.

As reported by Alan Nixon of The Sun, Brighton have declared their interest in Gilmours.

The Seagulls believe that they can sign the Scotland international for as little as £10 million, with two years left on his Chelsea contract.

They believe that a deal of this amount would simply be too good to turn down.

Gilmour’s transfer to Brighton would have to be permanent as Graham Potter’s side already have Levi Colwill on loan from Chelsea for this season, meaning that they cannot sign another player from the Blues on loan.

Nizaar Kinsella of The Evening Standard added to the speculation, stating that after being frozen out of the first team squad and not handed a number, he wants to leave.

The journalist confirms the interest of Brighton, stating that they are interested in a permanent deal this summer.

Gilmour is not the only player that could seek a transfer this summer, however.

Kinsella continues to report that Chelsea defender Chalobah could ask for a move this summer if another defender is brought into the club.

Fofana has been Chelsea’s main target for central defence this month, and with Kalidou Koulibaly already joining the Blues, Chalobah could ask to leave if Fofana arrives.

His exit is currently being blocked by Chelsea until a defender arrives as they believe that they are short of options at the back.

The Welsh international has offers from Empoli, Spezia and a host of other top-flight clubs abroad, Kinsella finalises.

Therefore, it appears that the deal for Fofana is holding up a host of exits as Tuchel looks to build his squad to compete at the top of the game this season.