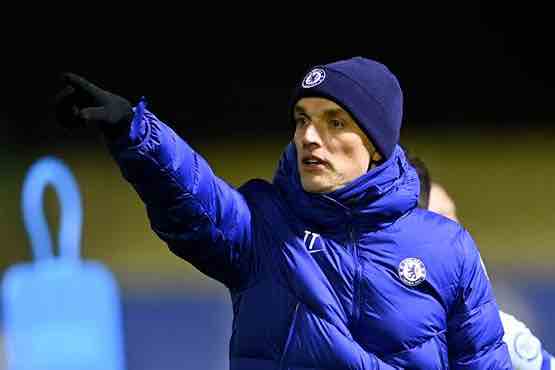 Chelsea boss Thomas Tuchel was not happy with the club’s supporters on Saturday after they chanted the name of owner Roman Abramovich in the middle of a minute’s applause for victims of Russia’s war against Ukraine.

Before every match this weekend, Premier League clubs are showing solidarity with Ukraine.

However, Chelsea fans stood up for a minute’s applause at Turf Moor before their match against Burnley and the clapping was suddenly drowned out by the Blues fans chanting Abramovich’s name.

Abramovich announced on Wednesday that he was putting the club up sale, having been in charge since 2003.

The German was asked about the chants during the applause for Ukraine, and he replied at his post-match press conference: “It’s not the moment to do this.

“We take the knee together and if an important person from our club or another club unfortunately dies, we show a minute of respect. It’s not the moment to give other messages. It’s the moment to show respect.

“We do this because this is what we are also as a club. We show respect as a club and we need our fans to commit to this minute of applause.

“At this moment, we do it for Ukraine and there is no second opinion about the situation there. They have our thoughts and our support.

“We should stand together as a club. It’s not the moment for other messages.”