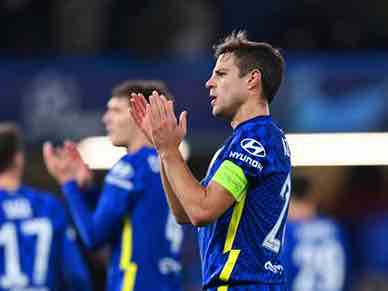 Over three months remain for the commencement of the summer transfer window of 2022. Yet, Joan Laoprta’s offices continue to burn the midnight lamp to chalk out a blueprint of Barcelona’s targets for the much-anticipated window.

Frank Kessie and Andreas Christensen are said to be the Catalans’ primary targets with an agreement close in both cases. Clearly, the plan is to exploit the available free agents to save money on the economic front. Another player that meets that bill is Cesar Azpilicueta.

According to reports from AS, Xavi is pushing hard to ensure the arrival of the Spanish fullback in the summer. The Chelsea player is said to be a priority for the manager’s project, especially for his versatility, character and leadership.

The Blaugranes are said to be confident in his pursuit. Two days ago, the club conveyed their willingness to wait for Azpilicueta’s final decision. They offer a deal till 2024 with an option for an additional season on their proposal.

The Spaniard would arrive as a direct competitor to Sergino Dest and Dani Alves at right-back. However he is also capable of playing as a left-back if needed, covering for Jordi Alba in the process.

Finding a competitor and eventually, a replacement for Alba is key for Barcelona but with options far and few in between, signing someone like Azpi becomes necessary.

Such is the versatility of the veteran that he can also play at centre-back if the situation demands so and excels in a three at the back system.

After a long career in England, Azpilicueta is looking to return home for the final chapter of his career. At such a stage, Barcelona provides the ideal conditions for the fullback to sign off with a bang.