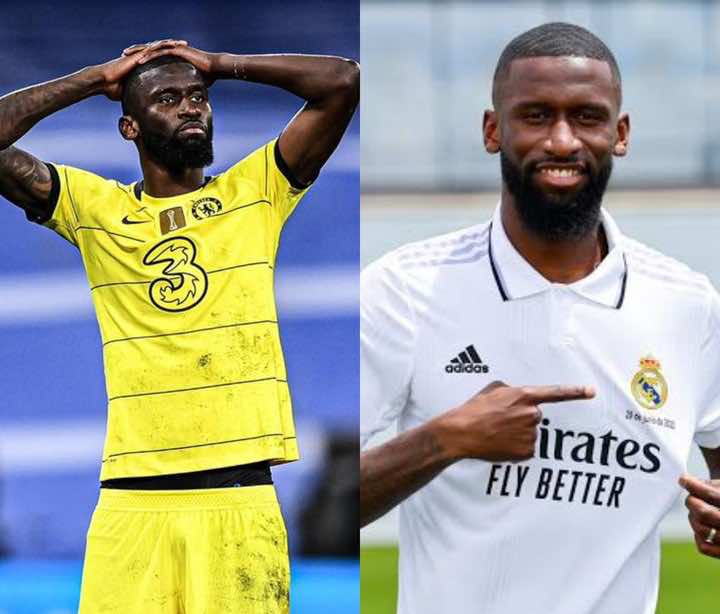 Antonio Rudiger was left on the bench in RealMadrid’s Super Cup win over Eintracht Frankfurt last night. The former Chelsea star joined Los Blancos this summer after his contract ran out at Stamford Bridge and he was promised a place in the first 11, but so far, he’s found it difficult to displace either David Alaba or Eder Militao both of whom are Carlo Ancelotti’s first choice in the heart of Real Madrid’s defence.

At Chelsea, Rudiger was one of the first names on the team sheet. He was a guaranteed starter whichever way you look at it but at Real Madrid now, he’s just a backup defender. Yesterday in the Super Cup final, the cameras caught a few clips of Antonio Rudiger on the bench for Real Madrid and it’s safe to say that he looked disappointed to be missing out on all the action. He played for Chelsea in last year’s Super Cup triumph so he of all people would know how it feels to play in that game. Could he already be regretting his decision to swap Chelsea for Real Madrid? Maybe not yet, but if Ancelotti continues to favour Alaba and Militao over him, there’s no doubt that he could.

Like Loading...
Related Topics:Why Rudiger Could Already Be Regretting Dumping Chelsea For Madrid After What Happened In Super Cup