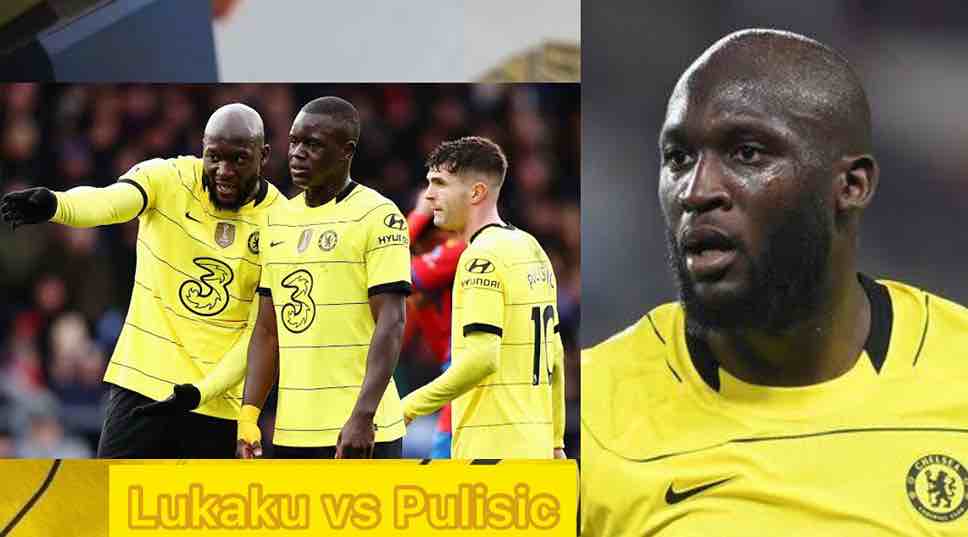 Why Romelu Lukaku was furious with Christian Pulisic

Early in the second period, rather than take the option to play Romelu Lukaku through the inside, Pulisic opted to slow the play and head around the outside and as the play broke down for the Blues, Lukaku was quick to show how unhappy he was

It’s perhaps unsurprising the Belgian was quick to show his anger given how few and far between his opportunities were. Chelsea only recorded three shots on target in total, while Lukaku barely touched the ball.

Opta reported that the 28-year-old recorded just seven touches against the Eagles, which is the fewest in a Premier League match for a player that completed in excess of 90 minutes since 2003/04 (when the data is available from).

Two of those touches were in the first half when Lukaku initiated the kick off.

It was a combination between the £97.5 million signing’s own movement and Chelsea’s continued struggle to integrate him into their play effectively, that has regularly seen Lukaku have limited touches, but Saturday’s number really stands out.

Tuchel said: “I’m not so sure if I have a good answer. I don’t know what it says. It says he was obviously not involved and could not make a point today. I am not sure if it says so much about us in general.”

The Denmark international’s future is not resolved at Chelsea but he helped keep the Blues backline secure against Crystal Palace.

Cesar Azpilicueta’s absence against the Eagles after he felt discomfort in training, in addition to Callum Hudson-Odoi being missing from the squad and Reece James still rehabilitating from his hamstring tear, left candidates for the right back position few and far between.

Some may have expected Trevoh Chalobah to come in or for Pulisic to play as a wing-back but Tuchel opted for a back four and for Christensen to continue alongside Thiago Silva and Antonio Rudiger.

As a Chelsea player the 25-year-old last took to the position seven years ago in a in a 4-2 defeat to Bradford in the FA Cup. Christensen was part of a team that included Mo Salah, and had Kurt Zouma, Gary Cahill and Azpilicueta in the backline.

The defender has also been used there for Denmark for five minutes against Germany in a friendly and in World Cup qualification against Ireland where he scored in 2017. He has also seen a 4-0 defeat against Barcelona while playing for Borussia Monchengladback.

So a rare sight indeed, on Saturday afternoon.

Blazoned in the centre of Chelsea’s away kit at Selhurst Park was a gold emblem to celebrate Chelsea’s Club World Cup success.

The Premier League do not generally allow a change to kits during the season but it seems Thomas Tuchel’s side were afforded permission to wear it against the Eagles on Saturday.

Chelsea will, however, display it in the Champions League round of 16 game against Lille and it can be adorned until next season’s Club World Cup, but is is also only allowed to appear on first-team shirts and banned from being used on training gear or retro shirts.

Thomas Tuchel lingers on the pitch

After the final whistle and Chelsea’s win was cemented and pleasantries were shared between the teams, Tuchel seemed to linger on the Selhurst Park pitch.

The German coach stared up to the stands but it was difficult to make out what Tuchel was hoping to gain.

In his press conference, the 48-year-old explained: “The highlights were on the screen. All the chances from us and Crystal Palace. So we had a quick look.”

Like Loading...
Related Topics:Why Romelu Lukaku shouted at Christian Pulisic and what Chelsea's Thomas Tuchel did at full-time