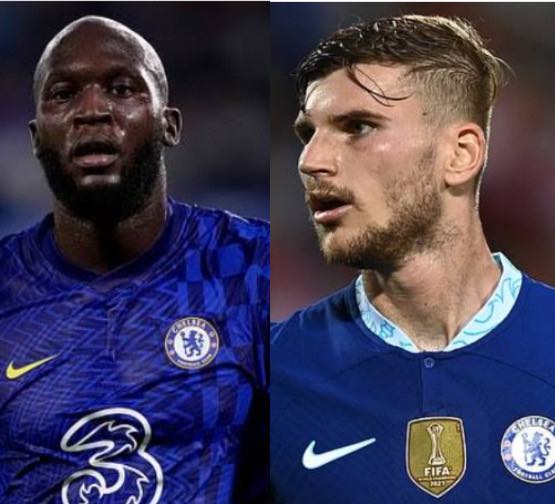 Why I Flopped At Chelsea—

Lukaku stated this while opening up on his below-par debut campaign at his parent club Chelsea last season, claiming it was a difficult one for him.

The Belgium international, who returned to Chelsea on a club-record deal worth £97.5 million, is now back at Inter Milan on a one-year loan deal.

The former Manchester United star scored 64 goals during his two-season stint with Inter, winning the 2020-2021 Serie A title.

Why I Left Chelsea For RB Leipzig— Timo Werner

New Red Bull Leipzig signing, Timo Werner, has suggested that he left Chelsea to join the German club because he wants to reach the 100-goal mark at the club.

Werner also insisted that he had a ‘good time in England’, despite struggling to impress at Chelsea following his £53m move to Stamford Bridge back in 2020.

The German international completed his £25.3 million return to Leipzig on Wednesday, having previously left Germany as the club’s all-time top scorer.

Werner scored 90 times in 157 appearances at Leipzig before his departure to Chelsea but quickly saw his goal tally plummet in England, registering just 23 goals in 89 games during his two-year spell with Chelsea.