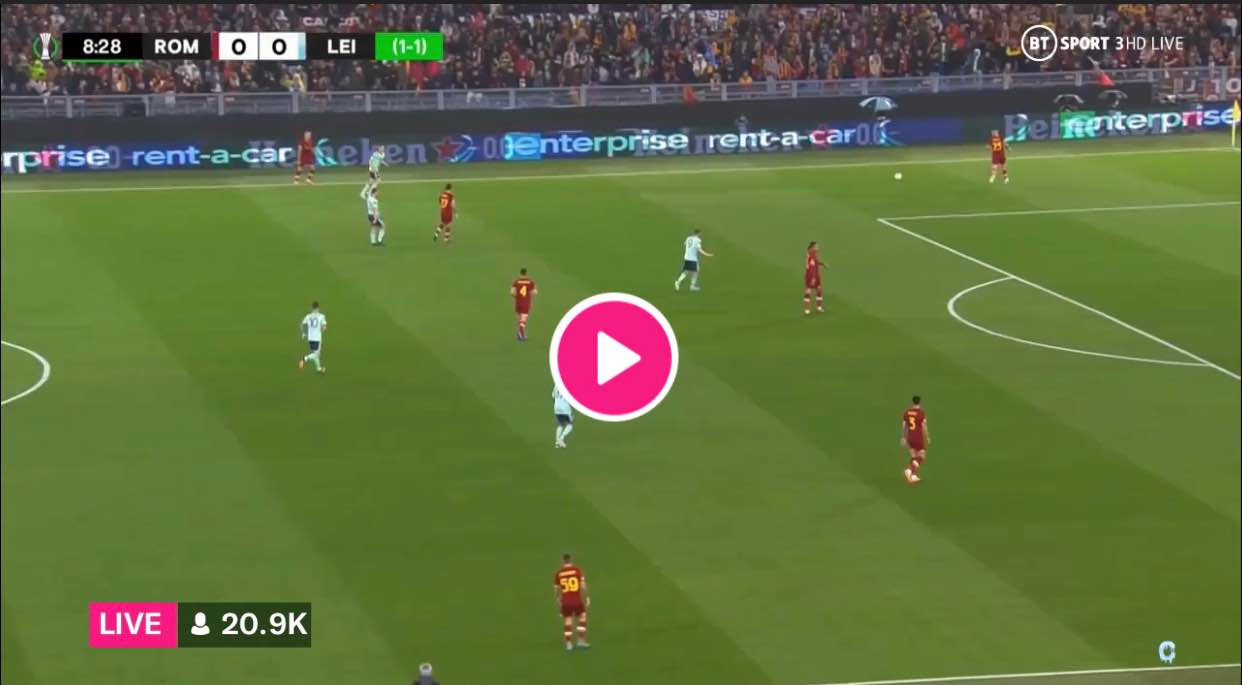 Jose Mourinho has the great opportunity to become the first manager to win the Champions league, Europa League and now the Conference League.

His stint at Roma as not been a fairy tale so far. However, the legendary manager now has the opportunity to turn it around.

His team is just 90 minutes away from the title showdown. And it requires special mentioning that of the four teams remaining in the tournament, they easily are the strongest.

Still, former English champions Leicester will have their say in this regard. It is a doubt if they will secure a top tier finish in the English top flight and thus make it to one of Europe’s premier competitions next season. As such, winning the conference league might be their only option to ensure themselves continental football this coming year.

As these two lock horns with each other this Thursday, expect a fierce encounter. And by all means anticipate goals to come in plenty.

Going on, considering the form of the Romans at home, and the struggles of the Foxes on the road, Mou’s men do have the edge here.

The first leg had ended in a 1-1 draw, and the Italians had an upper hand in this fixture throughout. In fact, if not for their own goal, they could have stolen a win on the road.

Still, they can do it at home. They were unbeaten in 18 of their past 21 overall games, and they have lost a total of just three times at home this entire season in all competitions.

On the other hand, the Foxes are on a five-game winless run at the moment, and had conceded three goals in their latest match-up. Do also note that they have a single win on the road since the first week of March.

Taking into account these observations, expect a win for Roma. And considering this is the second leg of a major European semifinal, count on the struggling Leicester defense to be put to the guillotine. Expect goals in plenty.