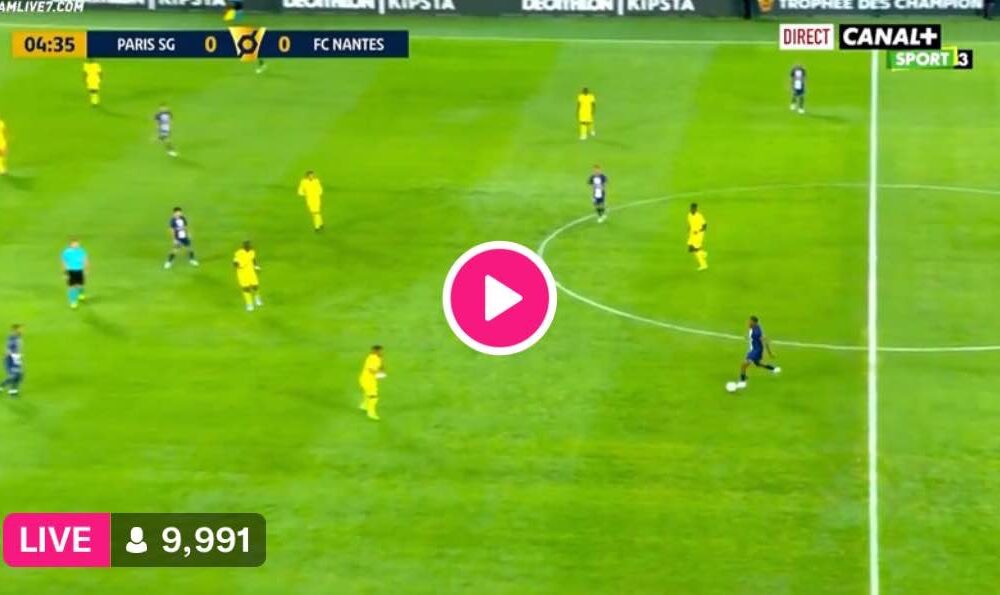 PSG lock horns with Nantes in the 2022 edition of the French Super Cup on Sunday.

The Parisiens are here after winning Ligue 1 with a 15 points lead over Marseille. While Nantes were surprise Coupe de France winners last season.

PSG have won the Trophée des Champions 10 times with 8 of them happening in a row between 2013 to 2020. Last year, Lille put an end to this streak.

On the other hand, Nantes are the fifth most successful team in this competition. They won the Super Cup 3 times while reaching the finals four times.

The Yellow House had their best spell between 1999 and 2001. They made three consecutive final appearances and won the title twice.

This edition’s competition attracted widespread criticism for the choice of venue. Yet, an average football fan may not have any problem with this.

Why is Mbappe not playing in Sunday’s French Super Cup against Nantes ?

Kylian Mbappe will be unable to play in the French Super Cup on Sunday in Israel due to a suspension.

He also missed the 2021 French Super Cup alongside Neymar in the fixture settled for Lille by a first half goal by Xeka.

Nantes are one of the few teams that troubled PSG in recent encounters. They won 2 of the 3, most recently by a 3-1 margin in Paris.

Four of the last five meetings between the two teams saw both teams scoring with 5 of the last 6 registering over 2.5 goals.

Their last h2h clash in a cup competition happened in the semifinals of 2018/19 Coupe de France. PSG bagged a comprehensive 3-0 win on that occasion.

This is a big mismatch on paper and we can see PSG easily winning this tie by a comfortable margin.

Mbappe’s absence will have some impact, but we believe they have enough quality to compensate for this single legged tie.

Besides, Christophe Galtier will be keen to better his record against Nantes. He was on the losing end as Nantes edged a narrow 1-0 against Nice in the 2021/22 Coupe de France final.

As an alternate bet, we will take both teams to score since Nantes found the back of the net in 7 of the last 9 head-to-head fixtures against the Parisians