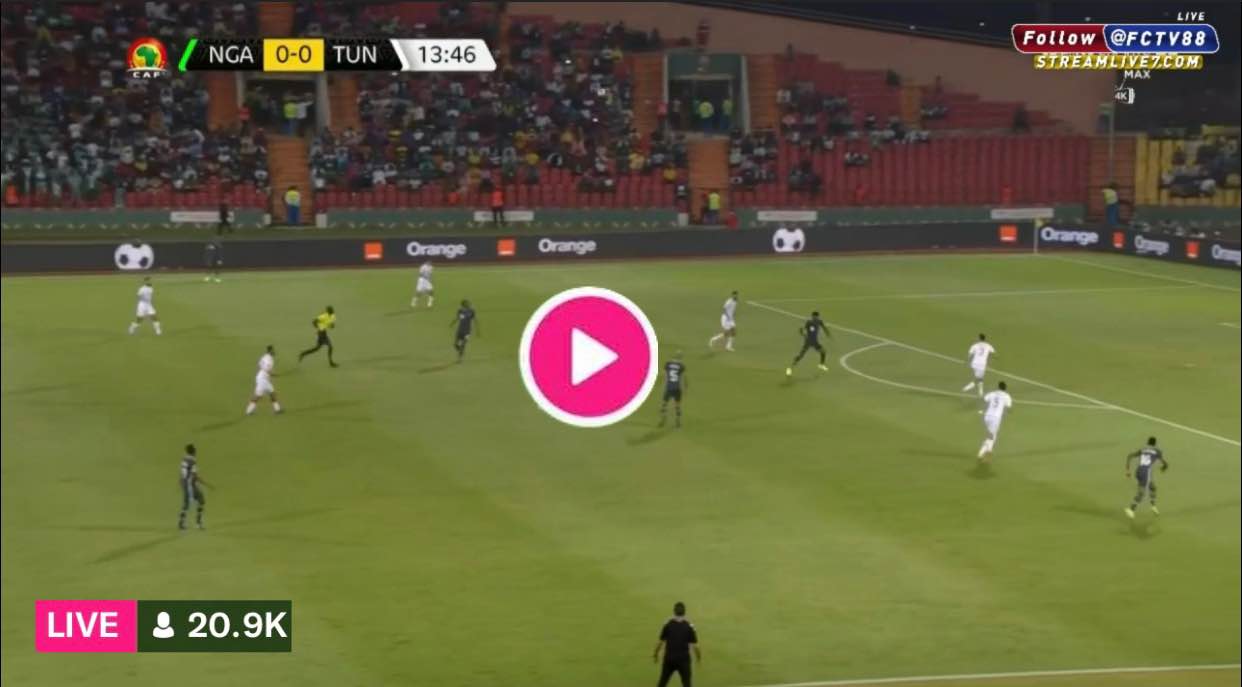 The match between Nigeria and Tunisia will decide who will move on to the quarter-finals of AFCON 2021. Nigeria moved on to the group of eight at the top of their table while Tunisia was in the third position of Group F.

Nigeria became the top contenders in Group D after their win against Guinea-Bissau in their last match. They scored two goals against the opposition while defending their net well. The match ended with 2-0 FT score.

Tunisia could find win only in one of the matches in their group stage. Their last match against Gambia ended in a loss after Gambia scored a 90’-minute decider in the match. The match ended with 1-0 FT score.

Super Eagles is one of the most favoured contenders in AFCON this season. They have played well qualifying the group stage with a 100%-win tally. Nigeria is the only team to have a 100%-win tally in the group sage. They have played both offense and defence well in their matches. They kept clean sheets in two of the three matches in group stage as well.

Tunisia, on the other hand, was in the third place in their group stage matches. Their only win against Mauritania helped the team to qualify for the group of eight. Tunisia has failed to score in the rest of the matches. Eagles of Carthage will need to put on an outstanding performance if they want to stay in the AFCON.

Nigeria has moved to the group of eight without losing in any of their previous matches in this tournament. They have been a tough contender for their opponents and have put on a great effort for securing their net in the match. In the last two matches, Nigeria has scored over 1.5 goals as well.

The links to stream live Nigeria vs Tunisia leaks online, so stay tuned as we broadcast the game live here.

When is Nigeria vs Tunisia Playing?

Where to Nigeria vs Tunisia Match

2021 Africa Cup of Nations match will be broadcast live on the following sports channels which include, Supersport, 3, 6 and Supersport 9, GOTV, KweseTV, AIT, Startimes, NTAsport, ESPN, Sky Sports, and BBC Sports.

Today 2021 AFCON between Nigeria vs Tunisia Match links are leaked online and it will be updated as soon as the game start, just stay tuned

For the goalkeeper position, Maduka Okoye is back in between the sticks.

The Super Eagles starting lineup for Sunday evening’s Round of 16 Africa Cup of Nations clash against Tunisia at Roumdé Adjia Stadium, Garoua. is officially out.

As expected, coach Augustine Eguavoen has reverted to the same team that defeated Egypt and Sudan in the first two matches in the group stage

For the goalkeeper position, Maduka Okoye is back in between the sticks.

There are starts for Wilfred Ndidi and Glasgow Rangers star Joe Aribo in the heart of midfield with Kelechi Iheanacho potentially playing as the playmaker.