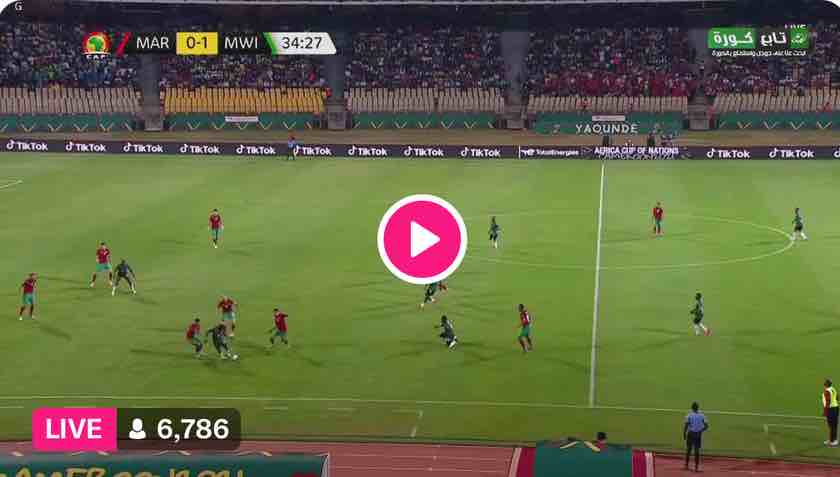 Almost a hundred spots separate these two in the official FIFA Rankings. Morocco are one of the best teams in the African region, and they have been in good form for the past several months.

They are scoring in plenty, and judging their scorelines in the Group Stage, they are here to make a deep run into the competition.

They had also qualified for the previous edition of the Cup of Nations, where they had made it till the Round of 16. At that stage, they were eliminated by Benin, via penalties.

Meanwhile, Malawi did not even qualify for the 2019 Cup of Nations, and even this time around, they have barely made it to the main tournament.

Going on, their path to the knockouts were also quite messy, as they have taken their place in the Round of 16 as one of the best third-placed teams.

On the other hand, their counterparts were the champions of Group C, that too with an unbeaten record.

By the looks of things, expect a win for Morocco this Tuesday.

Morocco last lost a game back in October of 2019, which was a friendly. In fact, they have not lost a competitive fixture in over four years.

They had also won 25 of their past 30 matches, and in the process had even recorded a 12-fixture winning streak. Note that they had scored two or more goals in 11 of their preceding 13 fixtures, and they had kept clean sheets in 16 of their last 19 matches.

On the other hand, Malawi were winless in 19 of their former 23 games, and they had also lost five of their last seven matches.

They had also failed to qualify for the 2019 edition of the Cup, and importantly, they have an inferior h2h record against this foe too.

Judging these observations, expect a win for Morocco this Tuesday. Considering their defensive superiority over Malawi in h2h encounters, anticipate a clean sheet as well.