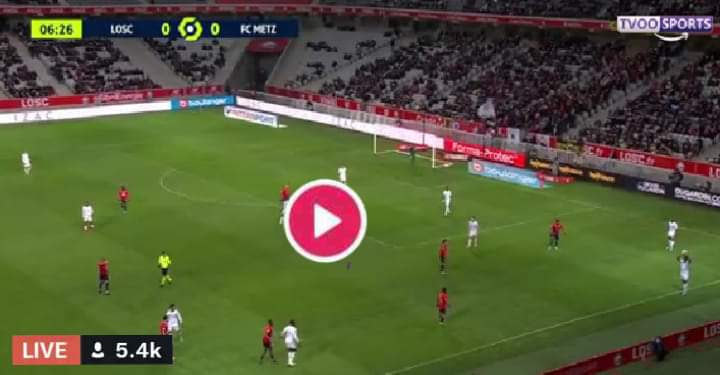 Lens bounced back from a three-loss run last weekend when they dispatched Bordeaux 3-2 at Stade Bollaert-Delelis.

Franck Haise’s men bagged three goals in the opening 26 minutes of the affair but they suddenly stopped, leaving the visitors the dominance in the remaining part of the match.

Haise certainly can’t be satisfied with the fact his troops allowed two goals once again, this time against out-of-form Bordeaux.

Lens have thus shipped at least two goals in each of the last four matches across competitions. They are in danger of making it five on the spin on Saturday afternoon when Lyon come to visit Stade Bollaert-Delelis.

Lyon offered one of their best performances of the season seven days ago when they eased past third-placed Nice 2-0 at home.

Moussa Dembele and Karl Toko-Ekambi were on the scoresheet for Les Gones who have allowed their rivals no more than a single attempt in the 90 minutes of play at Groupama Stadium.

Lyon have generally grown in form in the last several weeks. They have won four of the last five Ligue 1 affairs to get involved in the battle for European positions next season.

This will thus be a genuine six-pointer between these two outfits who are currently separated by only one point ahead of the 25th round clash at Stade Bollaert-Delelis.

Lyon will enter the tie in much higher spirits. Since they have also dominated this clash in the last several years, we have reasons to back the visitors to win at the 2.50 odds.

Lens lost three of the last four games in all competitions, shipping at least two goals in each of them along the way. Lyon Over 1.5 Team Goals is another great betting option at the odds of 2.10.