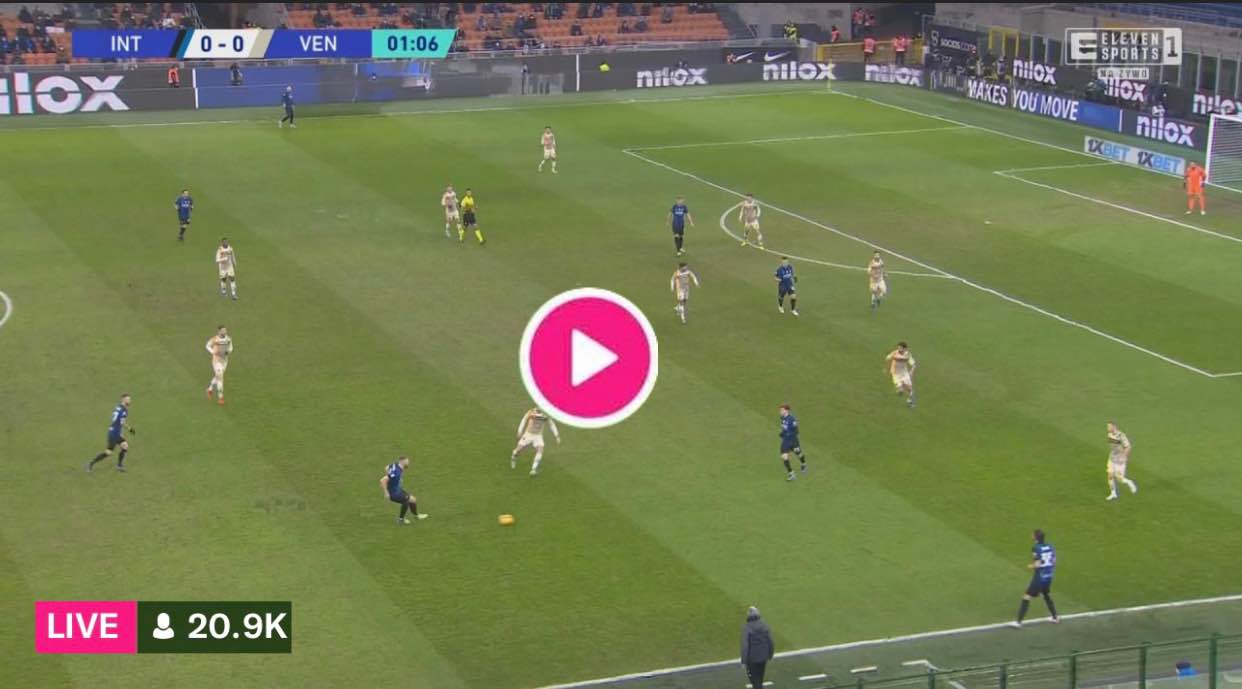 Inter will be looking to keep the chasing pack at arms length as they welcome Venezia to San Siro in Serie A.

The Nerazzurri sit two points above Milan at the summit of the table – having played a game fewer – after reaching a half century of points this term with their goalless draw against Atalanta last weekend.

They left it late against Empoli in the Coppa Italia in midweek, with Andrea Ranochia forcing extra time in the dying embers of normal time before Stefano Sensi struck a 104th minute winner.

Here’s how Inter could line up this weekend.

Samir Handanovic (GK) – Endured a underwhelming start to the season, but he has come up big for Inter in recent weeks.

Milan Skriniar (CB) – An old-fashioned central defender, capable on the ball but also very aggressive in his defensive duels.

Stefan de Vrij (CB) – Should return to the heart of the Inter defence after sitting out the goalless draw with Atalanta.

Alessandro Bastoni (CB) – A commanding defender and possesses a wand of a left foot.

Arturo Vidal (CM) – Could replace Calhanoglu with Inzaghi keen for a greater dynamic threat in the final third.

Marcelo Brozovic (CM) – One of the best defensive midfielders in world football currently.

Nicolo Barella (CM) – A mainstay in the Inter and Italy first XI, capable of doing a number of jobs in midfield.

Ivan Perisic (LWB) – His attacking endeavours grab the headlines, but his defensive work is invaluable to Inter.

Lautaro Martinez (ST) – Has coped with the loss of Lukaku commendably, with 11 goals in 19 appearances this season.

Alexis Sanchez (ST) – Injuries have plagued his Inter career, but he is beginning to show his best self.

Inter Milan will have a nice opportunity to return to winning ways straight after the last weekend’s goalless draw at Atalanta as they host relegation strugglers Venezia in the 23rd round of Serie A on Saturday afternoon.

The Nerazzurri kept a two-point advantage over bitter local rivals AC Milan atop the league ladder thanks to I Rossoneri’s shocking home failure against Spezia in the previous round.

Inter Milan also have a game in hand on city enemies and they look well set to defend the Scudetto title this year.

The team led by Simone Inzaghi have been impeccable at home so far in the season. They won eight and drew two of ten league outings at Stadio Giuseppe Meazza in this term.

Inter Milan have scored 27 and conceded only 7 goals in 10 home matches this season. They boast by far the best attacking record in the division with 51 goals scored overall and the second-best defense with 16 allowed goals.

Venezia are one of the weakest offensive teams in the division. They are particularly struggling to create chances on travels.

The team led by Paolo Zanetti notched only six goals in ten away outings this season. Venezia will travel to Milano in the lowest of spirits after a streak of three defeats and a draw in the last four matches across competitions.

Zanetti’s troops have suffered some tough defeats recently, falling 1-3 to Lazio and 0-3 to AC Milan before playing a 1-1 draw at home to Empoli six days ago.

Venezia have been struggling to perform against stronger teams of late. They easily lost to the likes of Lazio, AC Milan, and Atalanta (in Coppa Italia), by at least two goals difference on each occasion, in recent outings.