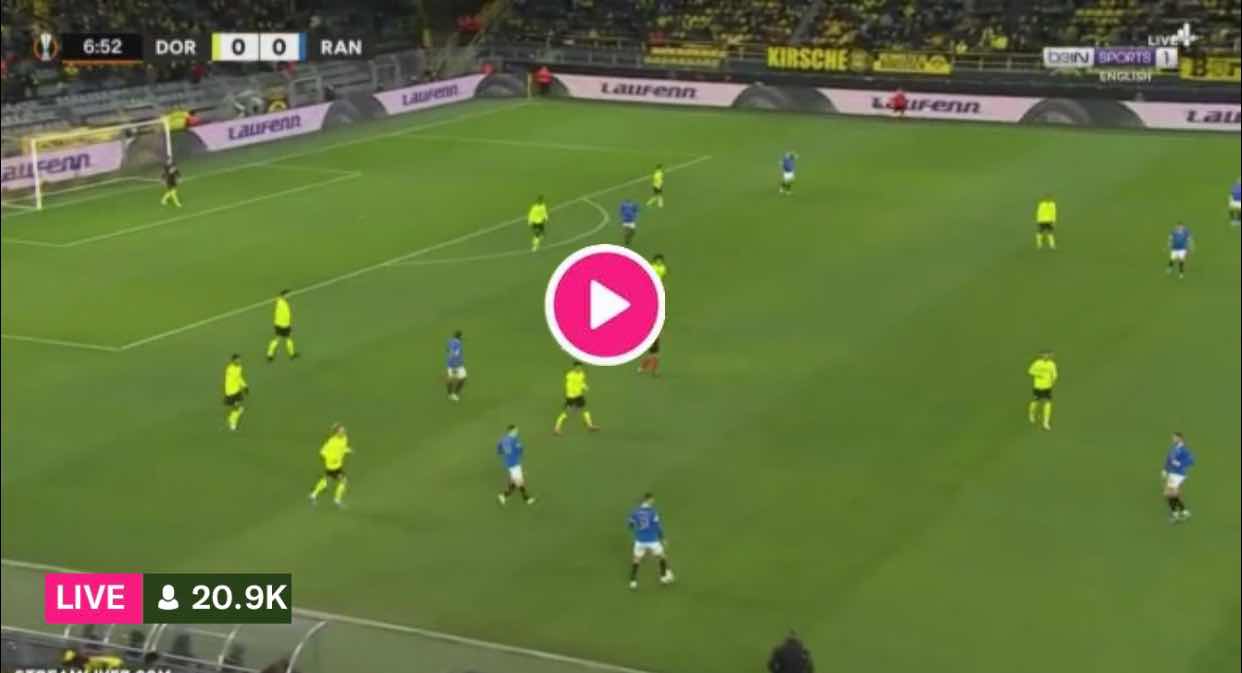 Borussia Dortmund host Rangers in the first leg of the last 32 round in UEFA Europa League on Thursday evening at Signal-Iduna-Park.

The bookmakers see the German outfit as massive favorites over two legs, and especially on the evening, considering how poor the Gers have been on travels recently.

Rangers ended a three-game winless streak on the road on Sunday when they dispatched lower-division Annan Athletic 0-3 on the road in FA Cup.

Nevertheless, this win will certainly count for little in terms of this European clash because it has come against the lower-division opposition in Scotland.

Giovanni van Bronckhorst’s men have conceded three goals in each of the last two away games in Premiership against Ross County (a 3-3 draw) and Celtic (a 3-0 defeat).

Also, the Gers were winless in any of three Europa League group phase affairs away from home, scoring only two goals in the process.

This will be the music to the ears of Marco Reus, Donyell Malen, and company who will fancy their chances of a deep run in the knockout stage of the second-strongest European competition.

Borussia Dortmund had a decent weekend as a 0-3 drubbing of Union Berlin on the road helped them narrow the gap behind Bayern Munich at the top of the Bundesliga standings down to six points, following the Bavarians’ shocking defeat at Bochum (4-2).

Also, it is worth noting that BVB won three of the last four home matches in all competitions, netting as many as 13 goals in these three wins.

Borussia Dortmund scored at least two goals in ten of the last eleven outings at home across competitions.

They are still without top scorer Erling Haaland, but the likes of Marco Reus and Donyell Malen have been in great form lately and we expect them to shine past the struggling defense of Rangers’ here