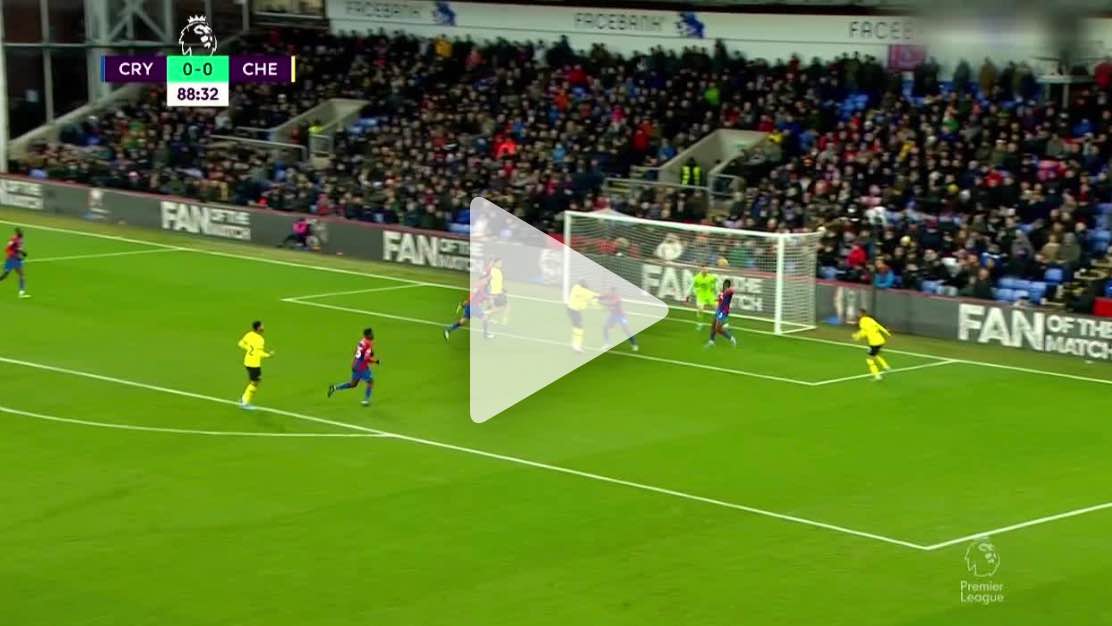 CHELSEA are being frustrated by Patrick Vieira’s determined Crystal Palace side.

Romelu Lukaku is also struggling to get involved, with just TWO touches the whole half… with one of them during kick off!

The Blues were in Abu Dhabi last week as they won the Club World Cup for the first time, edging out Palmeiras after extra time.

89. That goal will hurt Vieira and his Palace side.

Not much between these teams but in a game of very few chances, a Ziyech volley on the back post seems to have clinched the three points

This time, there’s no doubt! After having his opener for Chelsea against Crystal Palace disallowed due to Romelu Lukaku being offside, Hakim Ziyech scores for a second time today to get the opening goal for the Blues!