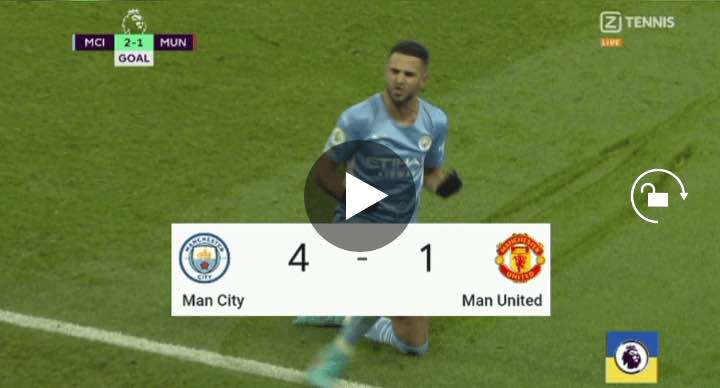 Manchester City have secured comfortable victory in mouthwatering derby clash against Manchester United in the Premier League on Sunday evening.

The Sky Blues made impressive start to the game and found themselves lead inside fourth minutes through Kevin De Bruyne.

The Belgian international delivered a calmly finishes to give Manchester City the lead. 15th minutes later, Jadon Sancho put the United back on track by delivered curls finished.