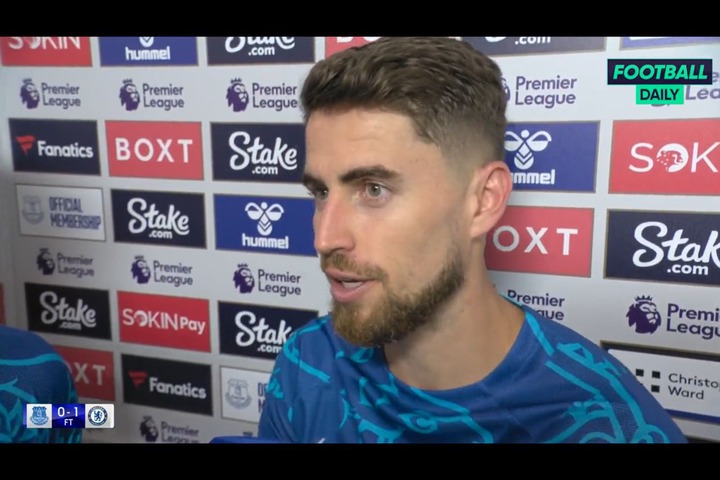 There was a very tense moment for Chelsea’s vice-captain Jorginho at Goodison Park yesterday.

With the game level at 0-0 and Chelsea struggling to find a breakthrough, Ben Chilwell won a penalty.

Jorginho has been the regular taker at Chelsea, and there was no doubt that he would be stepping up again, even if it was against Jordan Pickford, who recently saved his penalty for England.

As you’ll see in the video below, Jorginho has explained that scoring penalties is 70-75% in the head and psychological. Luckily for us, Jorginho won this battle.

Like Loading...
Related Topics:(Video): "In the head" - Jorginho completely honest on what is behind scoring penalties » Chelsea News