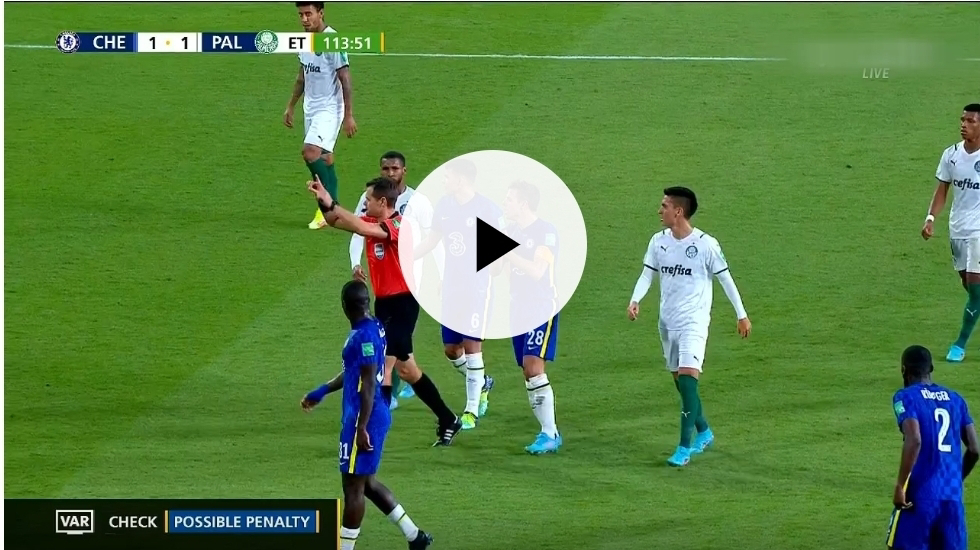 Luan was adjudged to have handballed it in the area, so a penalty has been given.

Ziyech’s excellent left-footed cross from the right looked as though it was going to land on the head of Havertz, but a Palmeiras defender got to it first to turn it behind for a corner.

Werner has shown fresh legs in extra time, but Chelsea are still not creating much in the way of chances. The German has just sent a shot over the bar after a one-two with Pulisic.

Palmeiras have got the second period of extra time underway.

We are through the first 15 minutes in extra time and the teams remain level. It seems as though Palmeiras would be happy if it went to penalties.

Chelsea are continuing to throw numbers forward in search of a goal, but the Palmeiras defence is so far standing firm.

Werner’s ball back across the six-yard box came off two Palmeiras players before hitting the crossbar and bouncing away from danger.

The first 15 minutes of this extra-time period has kicked off in Abu Dhabi. Will either side be able to gain an advantage

Good things come to those who wait! In the final minutes of extra time, Palmeiras’ Luan uses his hand to stop a shot at goal from Chelsea. The penalty is awarded following VAR, and young Kai Havertz takes the responsibility of converting the change to himself. With good technique, he