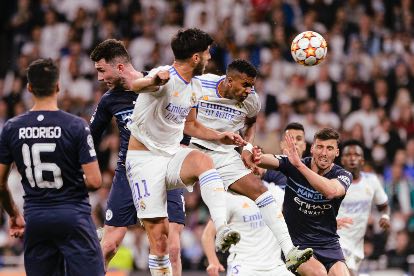 Cundy said he feels for the club’s fans who must be feeling crushed after watching their side throw away a golden opportunity to be in the final.

Manchester City crashed out of the Champions League in heartbreaking fashion, with Real Madrid producing a staggering late fightback.

Substitute Rodrygo scored twice in the closing minutes to take the game to extra-time, with Karim Benzema slotting home a penalty to complete another stunning comeback.

And Cundy could not believe what he saw.

“What have City done? I have not seen a team capitulate and collapse and bottle a game like that,” he told talkSPORT.

“This is going to hurt and I feel for City fans. We know what it’s like as a football fan, they will feel crushed right now,” he said.