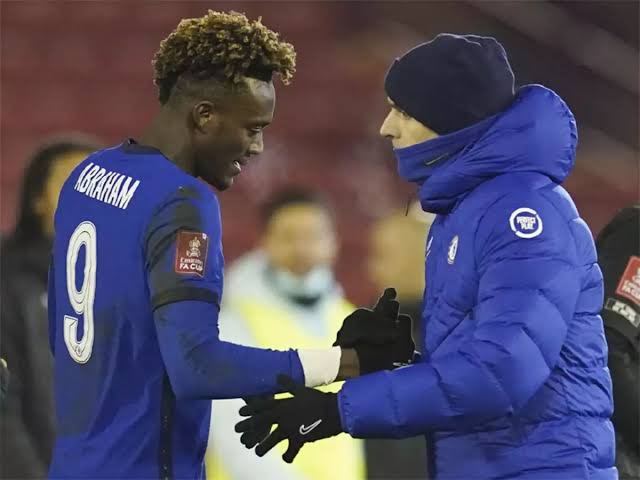 Chelsea could re-sign Tammy Abraham from Roma, as Thomas Tuchel continues his search for a player to lead his line.

Tuchel has sanctioned the returns of Romelu Lukaku and Timo Werner to Inter Milan and RB Leipzig on loan and permanent deals respectively.

However, according to former Crystal Palace chairman, Simon Jordan, the German could now bring back Abraham just after one year in Italy.

“Both Chelsea and Manchester United need centre forwards, Abraham has scored 17 or 18 goals for Roma last year, I am not sure why he is not in the conversation for Manchester United or Chelsea,” Jordan said on talkSPORT.

Manchester United forward, Cristiano Ronaldo, has sent a message ahead of his side’s away Premier League tie with Brentford on Saturday evening.

The five-time Ballon d’Or winner was seen training in the post.