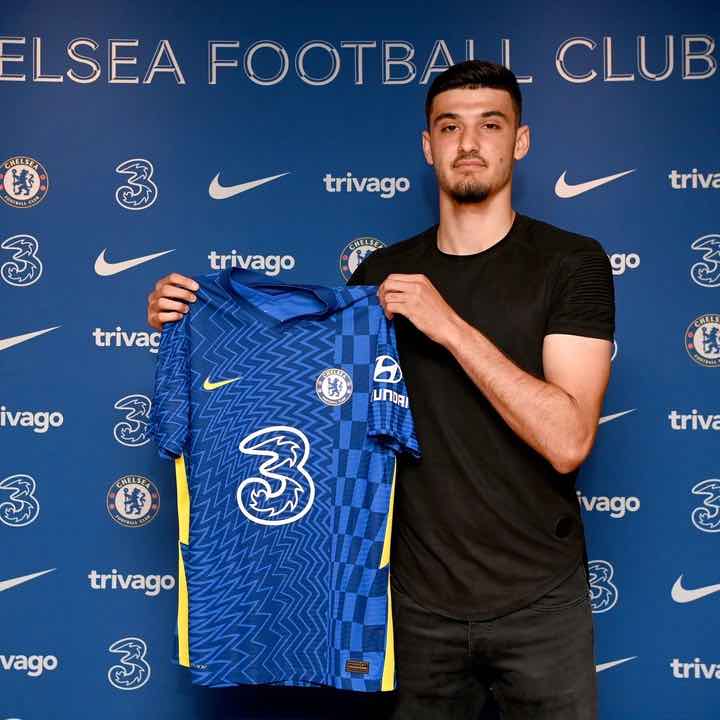 Super Eagles midfielder Joe Aribo is set for a move to the Premier League, but Rangers will demand a fee of £10m (₦4.9b) to release him. Aribo is attracting interest from several Premier League clubs, but Southampton are currently in the pole position to sign the 25-year-old midfielder.

According to The Athletic, The Saints are currently in talks with Rangers over the transfer of Aribo. It is reported that the Nigerian is keen on the move and will sign a four-year deal with the club. Chelsea star Armando Broja will not be given a chance with the club during the pre-season, according to Ora News. Thomas Tuchel says he would prefer Broja to stay back in London during pre-season after Broja shined for Southampton while on loan last season. Broja, meanwhile, has told the club he would like to leave if he is not part of Tuchel’s pre-season plans.

Arsenal have been told to pay £55m for Lazio midfielder Sergej Milinkovic-Savic, according to reports in the Daily Express. The Serbian international – who has been a long-term target for several Premier League clubs – has made almost 300 appearances for the Serie A club since joining from Genk in 2015. The 27-year-old has two years remaining on his current deal at the Stadio Olimpico. Juventus are set to sign both Angel Di Maria and Paul Pogba in the coming days, GOAL can confirm. The two are set to join on free transfers, having seen their contracts at Paris Saint-Germain and Manchester United, respectively, come to an end. Everton have shown late interest in rivalling Nottingham Forest for the signing of Wolverhampton Wanderers midfielder Morgan Gibbs-White, report The Athletic. Gibbs-White displayed his talents during a loan spell with Sheffield United last season, where he scored 12 goals and assisted 10 more as the Blades reached the Championship play-off semi-finals. The 22-year-old has two years remaining on his current deal at Molineux and is said to be stalling on signing a new one. Chelsea midfielder Jorginho looks set to stay through the summer window. The Italian midfielder’s agent revealed that finding a contract extension with the club was a “priority”, with plans afoot to hold discussions about a renewal. Soumare in talks over return to France

Monaco are in talks with Leicester over a loan move for Boubakary Soumare, according to The Athletic. The 23-year-old midfielder made 30 appearances for Brendan Rodgers’ Foxes last term after joining from Lille last summer for a reported fee of £17m. Barcelona defender Oscar Mingueza is wanted by Girona and Monza – according to Marca. Xavi is eager to offload the 23-year-old and Girona want to give him the chance to remain in Spain, but won’t pay his €10 million asking price. Italian outfit Monza are now poised to win the race for Mingueza, who played just 19 La Liga games for Barca in 2021-22. Barcelona have reignited their interest in Ajax left-back Nicholas Tagliafico. The 29-year-old Argentina international could be available for as little as £4.3m (€5m) this summer. He only has a year left on his contract and Barca have been tracking him across multiple transfer windows. Ismaila Sarr, Emmanuel Dennis, Danny Rose and Adam Masina will miss Watford’s Austria training camp with all four wanting a route out of the club, report The Athletic. The Hornets have brought in just one senior player – Vakoun Bayo – this summer as they look to secure a second return to the Premier League in three seasons. Burnley have completed the signing of midfielder Samuel Bastien from Standard Liege on a three-year deal for an undisclosed fee. Goalkeeper Brice Samba has completed a permanent transfer from Nottingham Forest to Ligue 1 club Lens, the Premier League side have confirmed. Charlton have confirmed the signing of full-back Steven Sessegnon on a season-long loan from Fulham. He becomes Charlton’s fifth signing of the summer, following the arrivals of Eoghan O’Connell, Mandela Egbo, Joe Wollacott and Conor McGrandles.