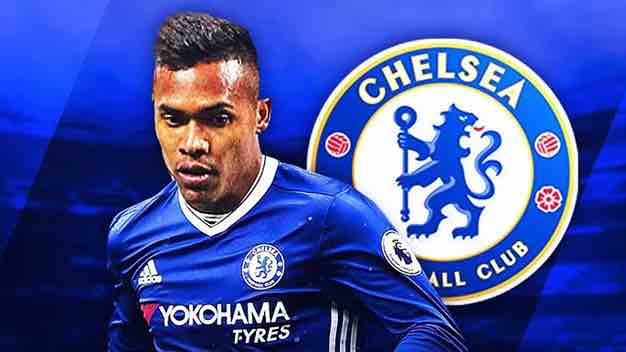 Brazil defender Alex Sandro is the subject of interest from Chelsea – according to Gazzetta dello Sport. The Blues are looking for extra cover at left-back after seeing Ben Chilwell sidelined through long-term injury.

Sandro fits the bill for Chelsea and will likely cost significantly less than the €26m (£22m/$29m0 Juve initially paid to sign him from Porto in 2015 after entering the last 18 months of his contract. English Premier League side Watford has confirm the signing of Super Eagles star Samuel Kalu from French Ligue 1 side FC Girondins de Bordeaux. The Nigerian international has been linked with a move to the Hornets since last week with work permit delaying the deal. Sporting CP have lowered their asking price for Manchester United-linked midfielder Joao Palhinha – according to Record. Jack Wilshere continues to train at former club Arsenal in a bid to keep his fitness up, but football.london claims he may be about to get the offers he craves. Inter Milan have agreed a deal with Atalanta to sign Germany international Robin Gosens, according to Sky in Italy. Agreement has been reached on an 18-month loan deal with an obligation to buy for just under £21m including bonuses. Dembele wants to stay at Barca

Ousmane Dembele is determined to stay and prove himself at Barcelona, reports Sport. The Frenchman’s agents met with coach Xavi on Tuesday to underline his commitment to the club, as well as his desire to extend his contract beyond this summer. Real have no intention of selling Arsenal-linked Jovic

Luka Jovic is one of the forwards to have been linked with Arsenal in the winter window, but Marca claims Real Madrid have no intention of selling. Bryan Mbeumo has signed a new four-and-a-half-year contract at Brentford. He has been tracked by a lot of top clubs, especially this season in the Premier League. OFFICIAL: Nabi links up with Coleman in Greece

Former West Brom forward Adil Nabi has joined Greek top-flight side Atromitos. Ex-Wales manager Chris Coleman has recently been installed as manager of the Athens-based side. Jack Clarke has joined League One side Sunderland on loan for the remainder of the season.