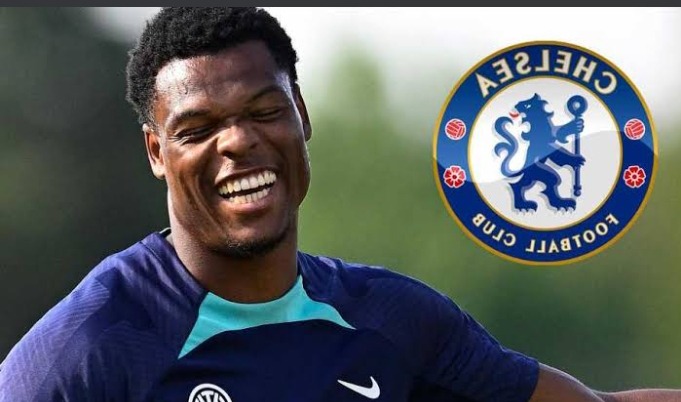 Inter Milan owner Steven Zhang wants to bring in around £65m from player sales in the final month of the market.

That means either Denzel Dumfries of Milan Skriniar leaving – both of whom have been linked to Chelsea.

According to Corriere dello Sport, coach Simone Inzaghi met Zhang yesterday and reiterated his desire to keep both defenders, leading to an ongoing debate at Inter.

Manchester United have made contact with the entourage of PSV winger Cody Gakpo, according to ESPN.

The Dutchman, who scored twice in the opening round of Eredivisie fixtures, has a £35million price tag and is currently managed by Red Devils hero Ruud van Nistelrooy.

Erik ten Hag is said to be impressed with Gakpo, 23, who is reportedly open to joining United if terms can be agreed.

Manchester United have been offered the chance to sign Atletico Madrid striker Alvaro Morata, according to ESPN.

The Red Devils have withdrawn their interest in Marko Arnautovic after fans complained about the prospect of signing the Bologna star, but Erik ten Hag remains intent on signing a physical striker.

As reported by Diario AS, Gil – who spent the second half of last season on loan at Los Che after joining Spurs from Sevilla last summer – is nearing a return to the Mestalla with the two clubs in negotiations over the wage structure.

The Athletic has learnt that Hull are interested in signing Watford right-back Jeremy Ngakia. The 21-year-old has had limited opportunities at Vicarage Road since signing on a free transfer from West Ham in 2020.

It’s unclear at this stage whether Watford would be prepared to let Ngakia leave.

Watford replaced Kiko Femenia with Mario Gaspar in that position (effectively a swap with Villarreal) and have been playing Hassane Kamara as a makeshift right wingback.

Everton forward Nathan Broadhead has completed a loan move to Wigan Athletic and will spend the 2022/23 season with the Championship side.

Broadhead, who joined the Blues’ Academy aged 10, spent last term on loan with Sunderland and played an important role in the Black Cats’ promotion via the League One play-offs.