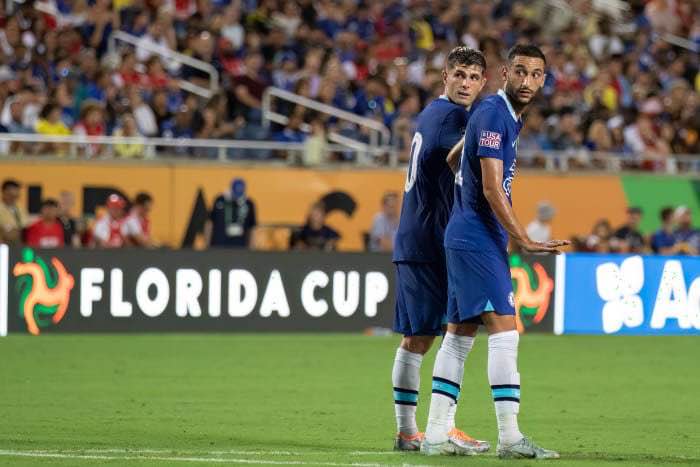 So far this summer transfer window, Chelsea have already brought in £168million worth of players into Stamford Bridge.

That figure could easily double with Todd Boehly still expected to go after Wesley Fofana and Frenkie de Jong who are both valued at £80million each.

On the outgoings side, the Blues have only sold Timo Werner and let Romelu Lukaku leave on loan.

However, Chelsea are not short on players who could leave this summer. Marcos Alonso is basically a Barcelona player and Kepa Arrizabalaga looks set to depart too.

Callum Hudson-Odoi also wants to leave and Hakim Ziyech has been linked with a move to AC Milan for well over a month now.

With the Premier League season now underway, it looks like Tuchel is finally putting his foot down in regards to departures from his squad.

The Guardian’s Jacob Steinberg has reported that the Chelsea manager will happily listen to offers for Ziyech this summer.

Steinberg has also said that the German does not ‘trust’ American golden boy Christian Pulisic.

The pair are said to currently be ‘unsettled’ at Stamford Bridge with Tuchel willing to ‘rip up’ Chelsea’s attack and start again.