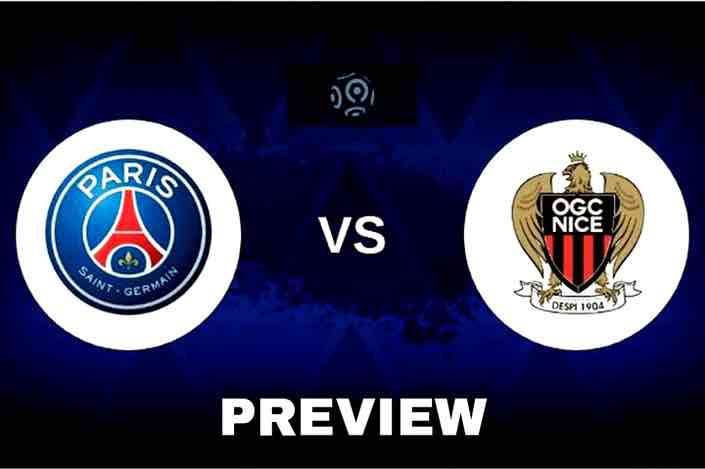 The top two teams in French Ligue 1 will meet again in the French Cup Round of 16, but this time in the Round of 16. PSG welcomes Nice at the Parc des Princes, with both teams coming off strong recent performances.

PSG’s most recent encounter was a 4-0 win over Reims, which was their third clean sheet in five games. The fact that uncommon scorers Marco Verratti and Sergio Ramos scored in the game will boost their confidence, and they will want to continue their excellent scoring performances in this one.

PSG have not lost in their past 11 games, and they have 13 wins and a draw in their last 14 home encounters. They haven’t lost in 13 home matches against Nice, and their only encounter this season ended in a 0-0 draw.

Nice are PSG’s closest rivals in their bid to recapture the Ligue 1 title, and they will be attempting to prevent them from defending the French Cup in this match.

Nice have performed admirably in recent matches, albeit their streak hasn’t been as impressive as PSG’s. They’ve won each of their previous six games, including a 2-0 triumph over Metz in which they scored two or more goals for the fifth time in six games. Their road record is also impressive; they have gone undefeated in their previous seven road games, winning six of them.

The only time they didn’t win in those seven away games was against PSG, which ended in a 0-0 draw. Nice’s most recent away victory over PSG was in 2009. Nice has only won one of their last nine matches with PSG.

This will be the Round of 16’s feature match; both clubs have been in good form recently, and they’ve already met this season, drawing 0-0. PSG have a solid record against Nice and will benefit from playing at home. Nice haven’t had a poor away record, but they haven’t won any of their last 13 visits to PSG. This match will be won by PSG.

KICKOFF TIME: PSG versus Nice match will go down on Monday at 9:15PM Nigerian time.