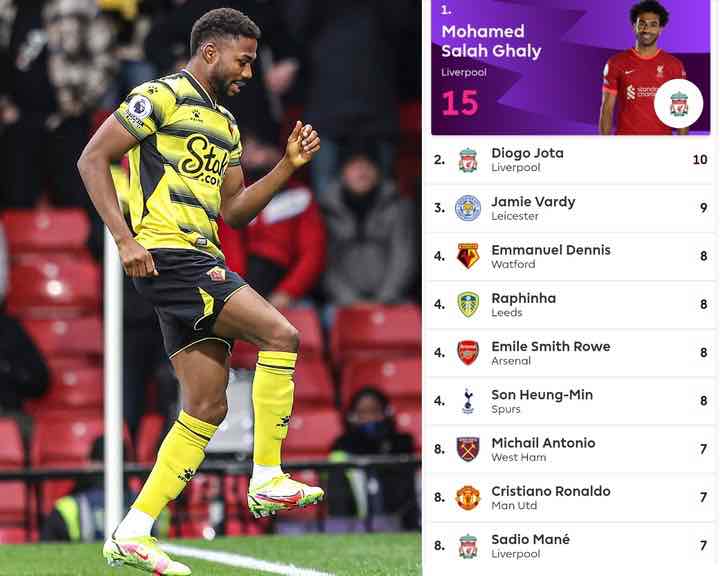 Tottenham Hotspur was held to a 1-1 draw by Southampton. It was Southampton, the home side, that opened the scoring through James Ward-Prowse in the 25th-minute. Harry Kane drew Spurs level four minutes before the half time whistle.

Tottenham Hotspur fought to find the winner but Southampton, which had been reduced to ten men, held on to get a vital one point. 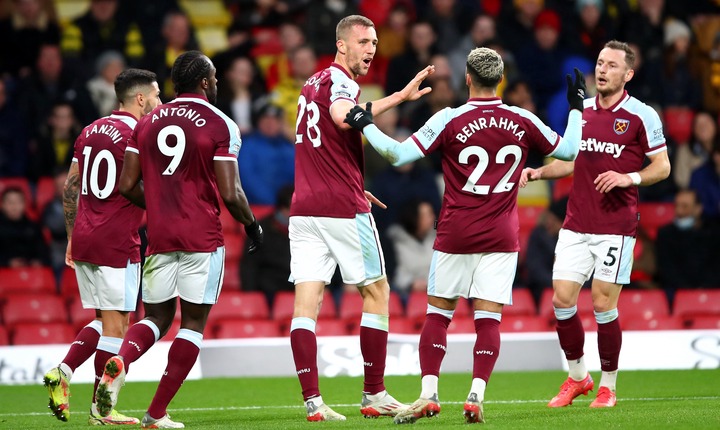 West Ham United got a 4-1 win against Watford on matchday 20. Watford started the match brightly as they opened the scoring in the 4th-minute through Emmanuel Dennis.

West Ham United equalised in the 27th-minute through Tomas Soucek. The Hammers had their noses in front two minutes later through Said Benrahma. The second half started brightly for the London side as they found the back of the net again through Mark Noble, who scored from the penalty spot. West Ham United rounded up the scoring in the 92th-minute through Nikola Vlasic. 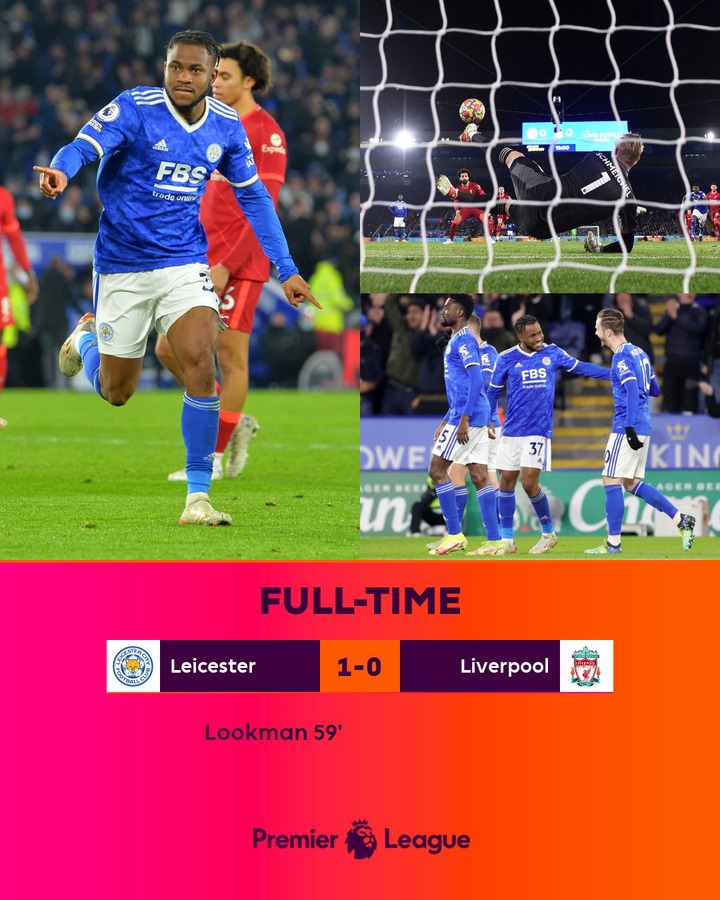 The most surprising result of matchday 20 so far came in the game between Leicester City and Liverpool which ended 1-0 in favour of Leicester City.

The match saw Mohamed Salah miss a penalty in the 16th-minute before Ademola Lookman got the winner for the Foxes in the 59th-minute.

Liverpool’s loss to Leicester City means that Manchester City is now six points clear at the top of the table and Chelsea is now tied with the Merseyside club on 41 points.

Below is the full details of the EPL table: 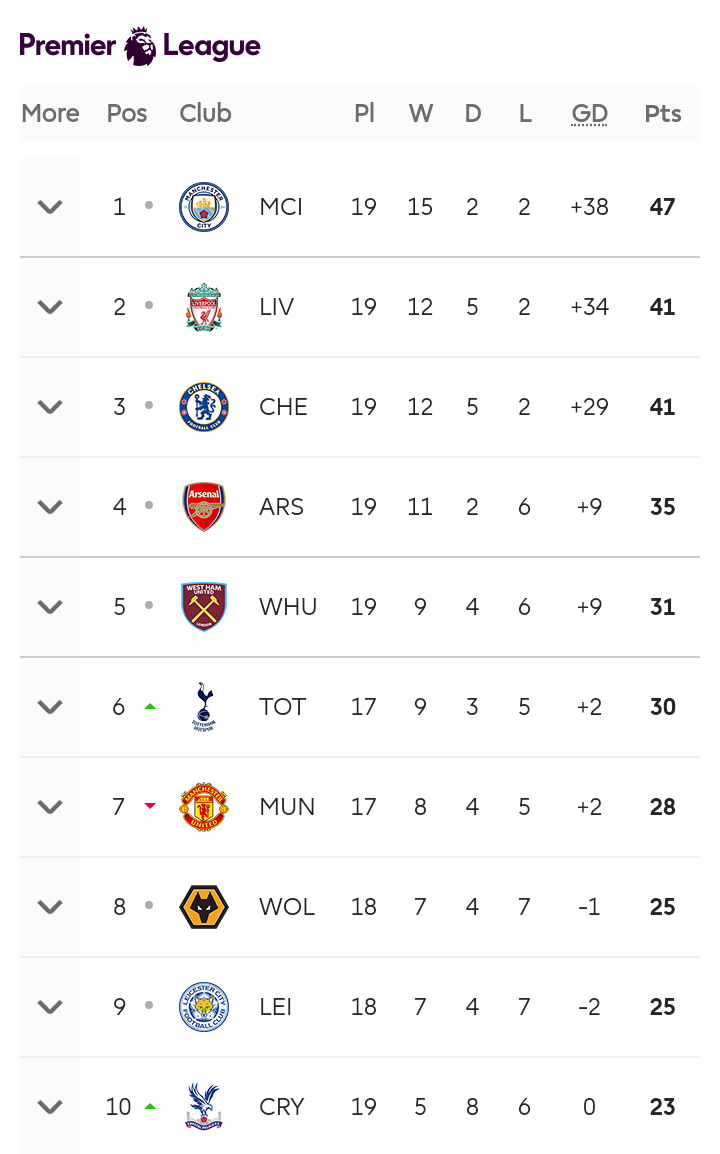 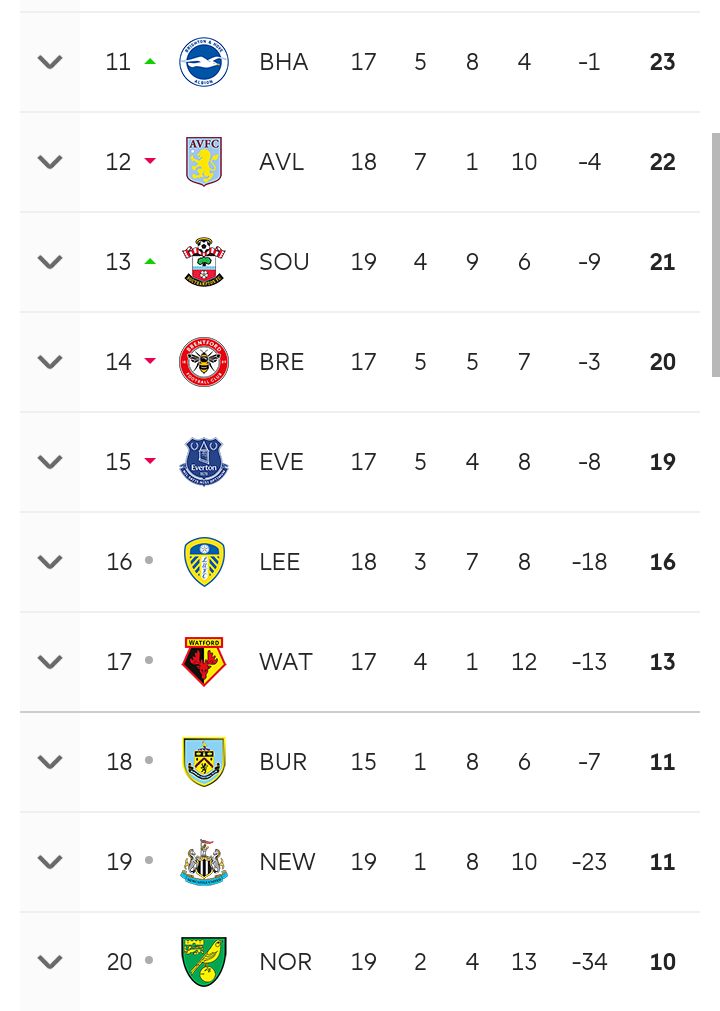 Emmanuel Dennis scored Watford’s only goal in their 4-1 loss to West Ham United and this took his tally of goals to eight for the season. This means that he is now one goal ahead of Manchester United superstar, Cristiano Ronaldo, who has scored seven goals this season. The Nigerian international is also level on goals with the likes of Arsenal’s Emile Smith-Rowe and Tottenham Hotspur’s Son Heung-min.

Below is the full details of the Golden Boot race: