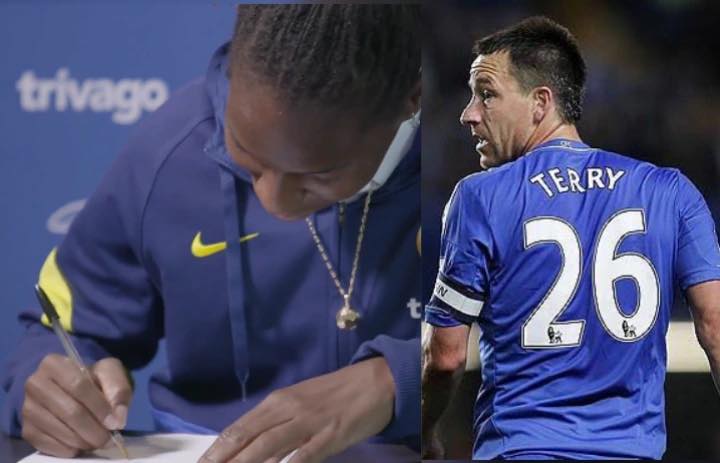 The Canadian 26-year-old talented defender has completed her permanent move to Chelsea from French club Olympique Lyonnais. And he will stay with the club until 2025 after signing a 3 year deal with the Blues.

And upon completing the move, Kadeisha has become the second signing of the Todd Boehly era, as she has joined her fellow new teammate Eve Perisset on the new Chelsea arrival list after the French defender had completed her move to Chelsea a few days ago.

And after joining the Blues Kadeisha has revealed that she is looking to bring the Champions League to Chelsea.

below is everything she has said upon her arrival. “I am coming to Chelsea with the same ambition I always had – win trophies and become the best in the world. The club had everything in order for us to compete in every competition and it’s time to bring a Champions League trophy to London.

Kadeisha is a very experienced defender, and at just 26, she has had a lot of success in her career, winning 5 UEFA Women’s Champions League titles, 5 French League titles, and 3 Coupe de France in her five and a half years at Lyon. And hopes to bring the same mentality to Chelsea who has also been winning a lot of titles in the past years.

“I’m hoping to bring my experience to the team and continue on a successful pathway that the club has been on for the past seasons. I can’t wait to join my new teammates and the coaching staff on this journey.”