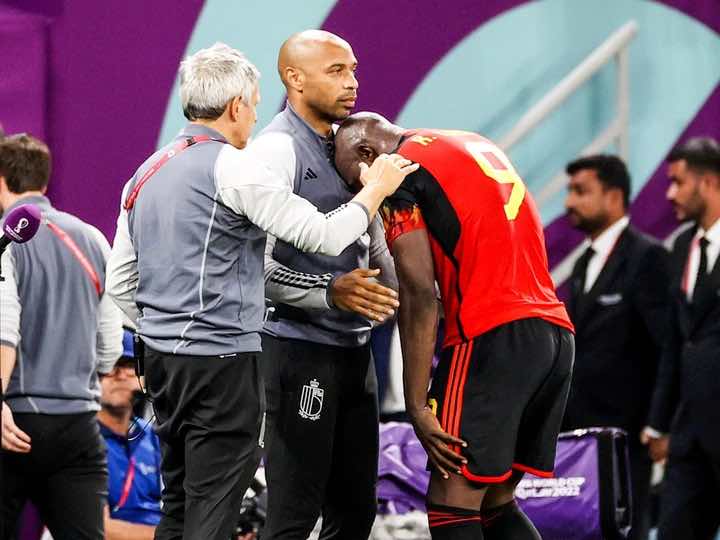 Between 2019 and 2021, the Belgian hitman posed the greatest threat to every Serie A defence. Lukaku, who scored 64 goals in 95 games for Inter under Antonio Conte, signed for Stamford Bridge for €113 million in the summer of 2021, making him the most expensive player in club history.

Under Thomas Tuchel, he only managed to score 15 goals in 44 games, failing to live up to his high price tag. Lukaku had trouble adjusting to the German tactician and did not get along well with the former Blues manager off the field.

The former Manchester United forward did not match Tuchel’s playing style, and their strained relationship caused Lukaku to leave after just one season.

The 29-year-old made an unexpected return to Inter last summer and signed a loan agreement that would last until the conclusion of the current campaign, but he now only resembles the player who used to terrorize Serie A defenses less than two years ago.

Under Conte, he shone greatest at Inter. The ideal player to execute every offensive move made by the Nerazzurri under the leadership of the former midfielder, who won the title in 2020–21 before departing the club, is followed by Lukaku and Achraf Hakimi.

Lukaku was one of several stars in London, but despite his strong ties to the team and the supporters, he never quite settled at Stamford Bridge and finally damaged his relationship with the Blues and their fans by implying that leaving Inter was a mistake at the end of December 2021.

In the latter half of the previous campaign, he was no longer a consistent starter, and while his return to Inter was somewhat unexpected, seeing him depart Chelsea was the only viable choice for both the player and the team.

Lukaku clearly lost his best fitness in London as well as his self-confidence.

He only missed eight games throughout his first two seasons at Inter owing to injury, but he missed nine games last season while playing for Chelsea as a result of physical issues. He has only made five appearances with Inter this season and has now missed 16 club games.

The striker missed Canada’s opening World Cup game as well due to a muscular issue.

Lukaku’s mistakes in front of goal contributed to the Red Devils’ surprise elimination in Thursday’s 0-0 draw with Croatia.

After the game, Big Rom started crying and was comforted by Thierry Henry, a member of Roberto Martinez’s staff in Belgium and a potential replacement for the former Everton manager.

Lukaku postponed his vacation in order to get back to Inter, where he hopes to stay past 2023. If Lukaku puts on strong performances in the final six months of the season, when he’ll need to rediscover his true self, the Serie A giants, who don’t have the option to make his move permanent, will need to sit down with the Blues.