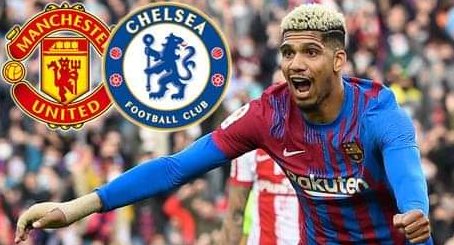 1: Chelsea Receive Big Boost Ahead of Crystal Palace Clash After Returning To Cobham

2: Mason Mount Injury Could Force Him Out Of Carabao Cup Finals Against Liverpool

Chelsea will have a chance two win their 4th consecitive trophy under Thomas Tuchel nexr week when they square off against Liverpool at the Wembly Stadium for the EFL Carabao Cup final. Chelsea could be without Mason Mount who is nursing hamstring injury and is set to be sidelined for atleast two weeks hence likely to be replaced by Christian Pulisic.

Chelsea have reportedly joined Manchester United in the Race to sign Barcelona defender Ronald Araujo who is allegedly unhappy at Camp Nou. Araujo is currently valued at around £40 Million & Man United are reportedly preparing a strong bid to be submitted this summer for Ronald. Chelsea are likely to offer Araujo a long-term contract with significant wages increase inorder to lure him to snub Old Trafford for Stamford Bridge according to Football London reports.