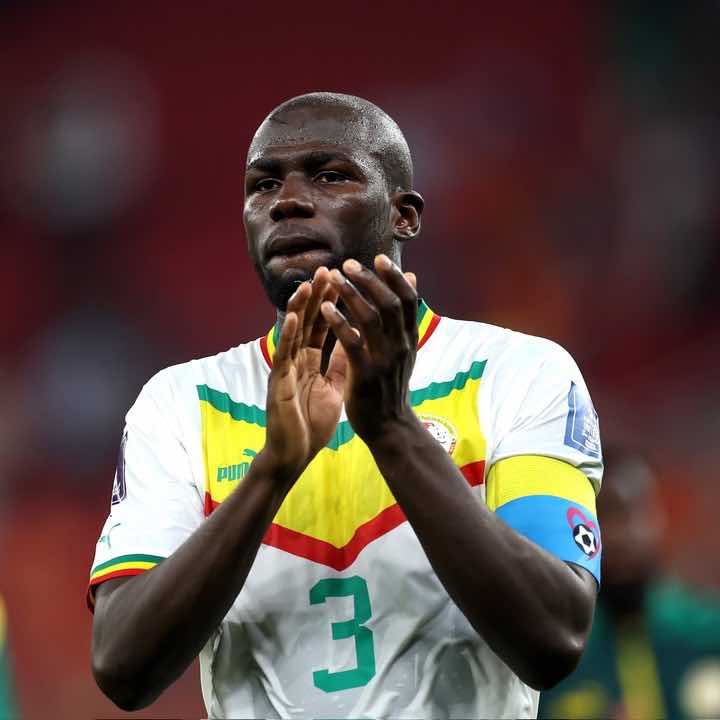 Raheem Sterling’s Chelsea teammate Kalidou Koulibaly has sent a message of support after learning the England star’s home was raided by armed robbers.

England manager Gareth Southgate confirmed Sterling had left the camp to fly home from Qatar and be with his family after the robbery. Reports suggested £300,000 worth of watches were stolenfrom the forward’s home, not far from Chelsea’s Cobham training ground, with his fiancee and children at home at the time.

A number of figures from inside the game have sent messages to Sterling, including his England colleague Jordan Henderson and BBC host and former England striker Gary Lineker. Koulibaly himself was part of the Senegal team beaten by England on Sunday night, and said he plans to call the 27-year-old to check in on him.

“I really didn’t know. I’m really surprised,” Koulibaly told reporters after England beat Senegal 3-0 to progress to the quarter-finals of the World Cup.

Koulibaly and Sterling both joined Chelsea over the summer, arriving at Stamford Bridge from Napoli and Manchester City respectively. The 31-year-old centre-back scored the winner against Ecuador to send Senegal into the knockout stages, but he and his teammates were powerless to stop England running out 3-0 winners at Al Bayt Stadium.

“At the moment, clearly the priority is for him to be with his family and we’re going to support that,” England boss Southgate said of Sterling after England’s victory. “We’re going to allow him to have as much time as he needs.

“He’s going home, yeah. I really don’t know because at the moment it’s a situation that he needs time with his family to deal with and I don’t want to put him under any pressure. S ometimes football isn’t the most important thing and family should come first.”

England’s victory means Senegal’s World Cup dream is over, with the Africa Cup of Nations champions unable to recover after conceding twice at the end of the first half. The Lions of Taranga had given as good as they got before goals from Henderson and Harry Kane put England 2-0 up at the break, and Bukayo Sakarounded off the scoring before the hour mark.

No decision has been made regarding whether Sterling will return to Qatar to play a part in England’s quarter-final against France on December 10, with Southgate admitting he and his group have to “wait and see”. France booked their place in the last eight by beating Poland 3-1 thanks to an opener from Olivier Giroud and two goal from Kylian Mbappe, with Robert Lewandowski scoring a late consolation from the penalty spot.