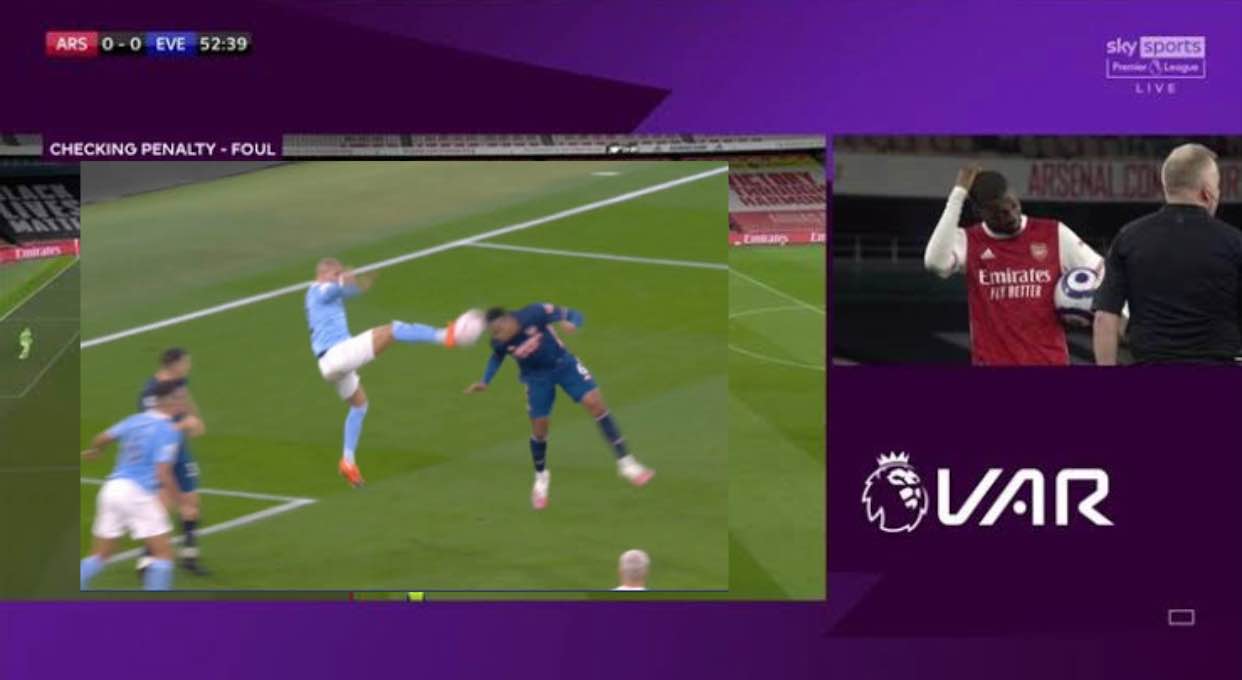 After Aaron Ramsdale was originally penalized for bringing Matej Vydra down, the penalty was rejected.

For a foul by Matt Targett on Alexandre Lacazette, a penalty was conceded (missed by Pierre-Emerick Aubameyang but scored on the rebound).

Bukayo Saka’s goal was called back due to offside.

Smith, Emile VAR ruled the ball crossed the line before the referee’s whistle was blown to stop play, allowing Rowe to score in the 13th minute.

For a foul by Martin Odegaard on Fred in the 68th minute, a penalty was awarded (scored by Cristiano Ronaldo).

For a foul by Granit Xhaka on Bernardo Silva, a penalty was awarded (scored by Riyad Mahrez).

Leading to goals against 2