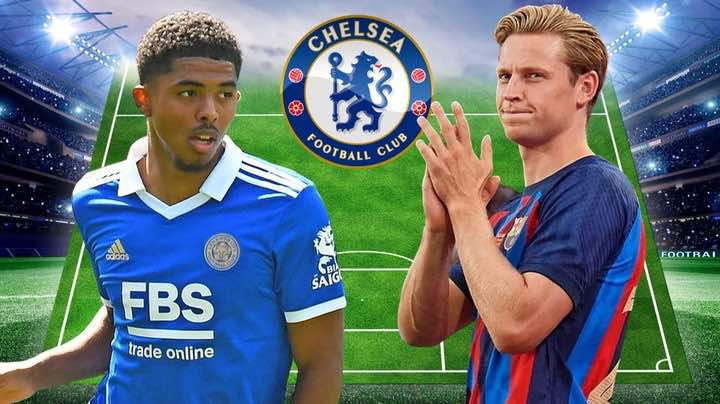 FRENKIE DE JONG has the potential to elevate Chelsea from a top-four contender to a Premier League title challenger.

The Blues are allegedly close to concluding a £67.6 million deal with Barcelona for Dutch midfielder frenkie de jong, who could convert Chelsea from a top-four contender to a championship contender in the Premier League.

Although Manchester United had declared it their top priority to sign the 25-year-old player, the West London club is now in the driver’s seat when it comes to securing his services.

After eking out a lone goal on the road against Everton on Saturday, Thomas Tuchel is keen for his team to get further reinforcements.

The German manager continues to place a high focus on acquiring a new centre defender and has his sights set on Wesley Fofana of Leicester.

Chelsea has already had two offers for the 21-year-old player turned down, and they are preparing a third offer that is expected to be in excess of £80 million.

After deciding to loan Romelu Lukaku back to Inter Milan for the remainder of the season, the club has the option of signing a new centre forward player or not.

In the meanwhile, they have also parted ways with Timo Werner, selling him to RB Leipzig in a deal for £23.5 million.

After spending the previous six months playing for Arsenal, star forward Pierre-Emerick Aubameyang has been linked with a move to the English Premier League Chelsea

However, Barcelona has just given the 33-year-old international player from Gabon a new number, which is a clue that the club will not be selling the player.

Edouard Mendy is the club’s No. 1 goalkeeper after arriving from Rennes in 2020.

Fofana will likely play with Thiago Silva and Kalidou Koulibaly if signed.

De Jong might replace Jorginho and Mateo Kovacic if he joins Chelsea, playing alongside N’Golo Kante.

Raheem Sterling, who signed last month for £50m from Manchester City, might play with Mason Mount.

Kai Havertz might lead the line without Aubameyang, with Armando Broja on the bench. 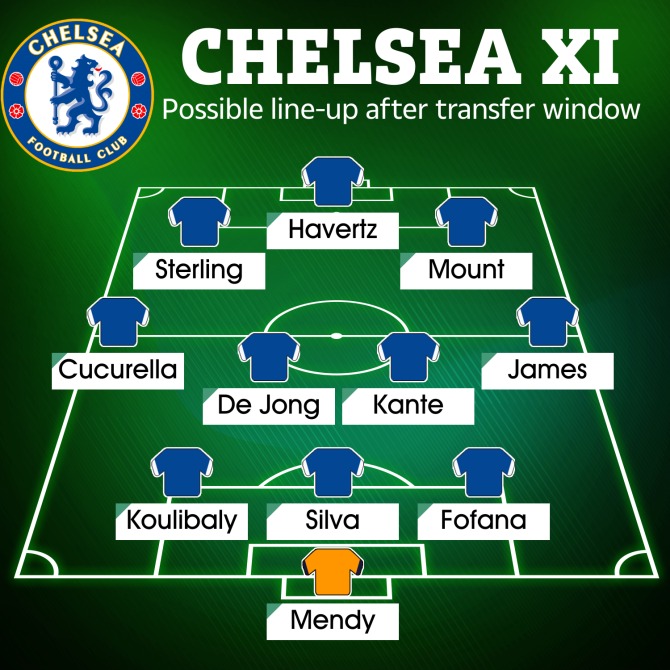